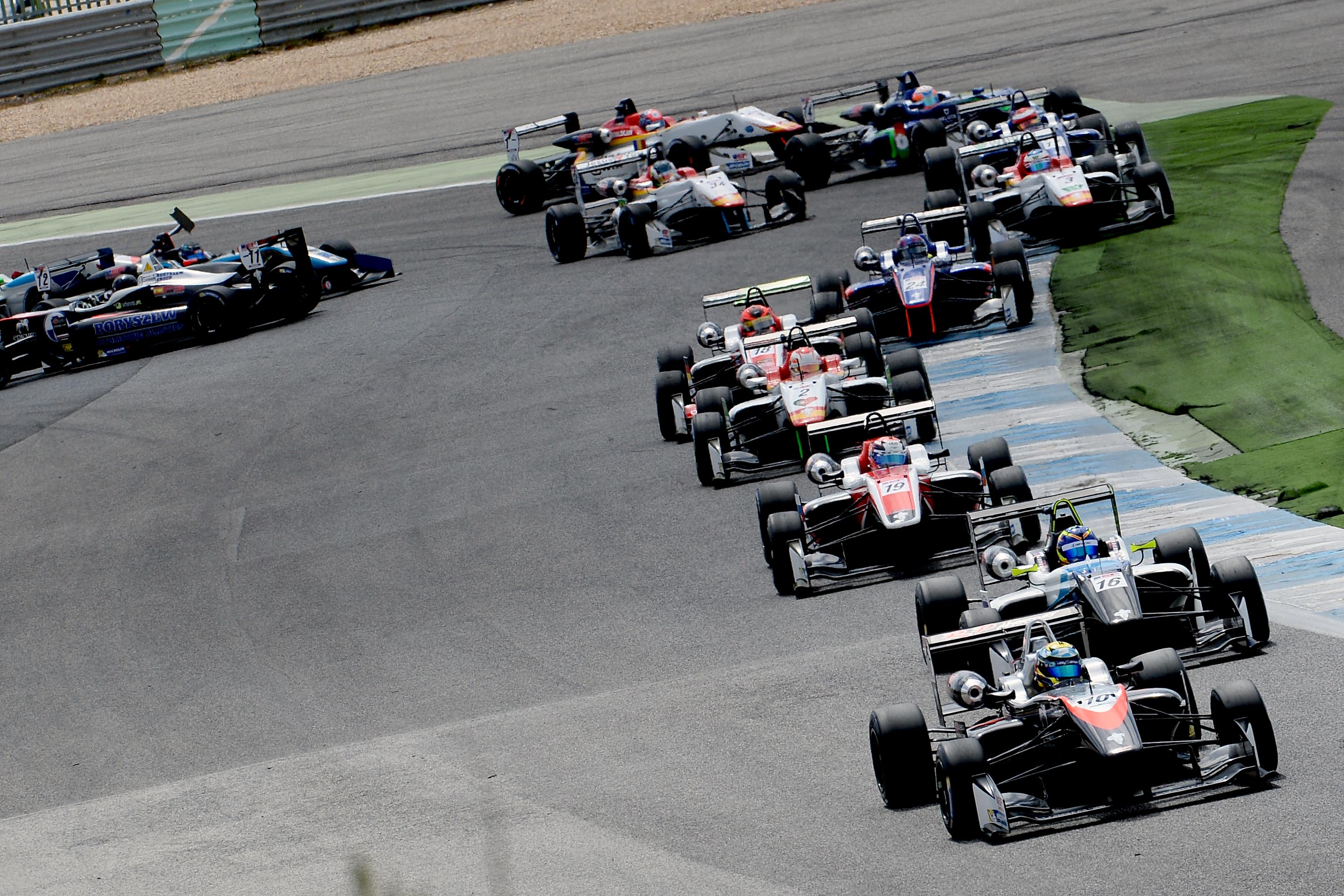 Harrison Scott made it a double victory in the opening?Euroformula Open round at Estoril with a dominant display in the second race.

The Essex man won from pole in the first race of the weekend, although he initially lost his start advantage.

This time he made a far better launch and was past poleman Nikita Troitskiy before Turn 1. In a repeat of Race 1 the cars didn?t get to the end of the lap before the safety car was out, but quick marshalling meant racing was back underway by the third lap.

Scott made a strong restart to immediately escape from Troitskiy, who had Yan Leon Shlom and Thiago Vivacqua behind.

Over the remaining distance he grew his advantage to?11 seconds, the same margin that covered second to seventh.

?This morning I qualified second, we worked hard last night to make sure I didn?t repeat the start that I did yesterday,” said the RP Motorsport driver.

“I got off the line really well, got Nikita before Turn 1, which was perfect really.?Then I thought: this is the best time to get into my groove and make a gap, but then safety car came out.

“Luckily I made a really good restart, made a bit of a gap, and from there i was trying to be nice and consistent, putting the laptimes in. Fantastic result for myself & RP Motorsport.

?Perfect weekend really. Pole, two wins. Can?t get much better than that.?

As Scott built a lead at the front the pack spread out, until third place man Shlom started to struggle with understeer in his Fortec car. Approaching half distance a train had emerged behind the Russian, encompassing Vivacqua, Fortec team-mate Jannes Fittje and Carlin?s Devlin de Francesco.

At Turn 7 Vivacqua made a brave move down the inside, leading to a loss of momentum for Shlom. At the chicane team-mate Fittje knocked into his side as he then made a move, breaking Shlom?s front left suspension and spearing him off the road at Turn 12.

A safety car wasn?t called out this time, meaning Scott?s near five second lead would continue to grow and Vivacqua would have to work to reduce the five second gap that now existed between him and second place man Troitskiy.

The gap reduced by as much as half a second a lap, but the Brazilian was just too far back and ended the race 2.5 seconds in arrears.

Fittje also had a difficult job maintaining fourth position, but a late race rain shower almost caught De Francesco out through the last corner, and he held back for fifth.