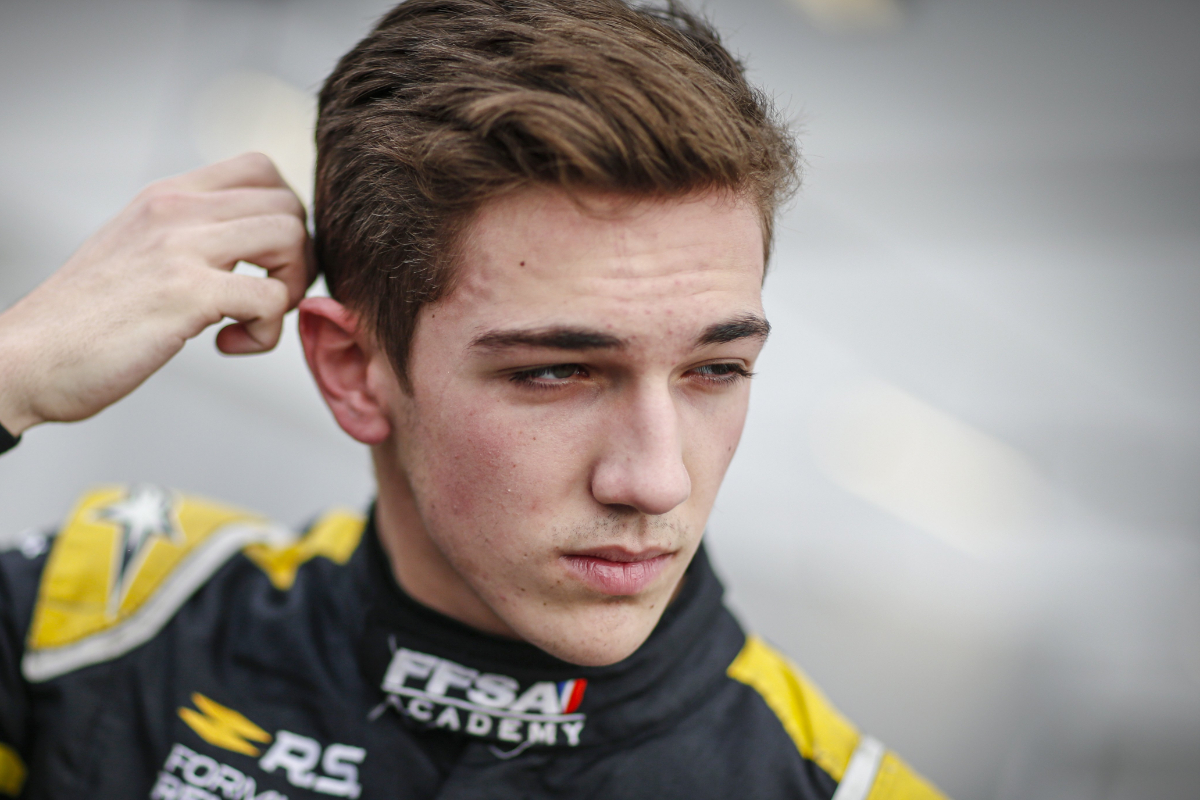 R-ace GP’s Hadrien David was fastest in both sessions on the opening day of Formula Regional European Championship’s official pre-season test at Imola.

The first red flag of the day came within the first hour of running, at which point David was at the top of the times with a 1m39.547s, with 12 other drivers within a second of his pace.

Prema’s Paul Aron moved up to second at the midpoint of the session with a 1m39.653s lap, and remained there for a quarter of an hour before ART Grand Prix’s Gregoire Saucy put in a 1m39.614s.

David made his own gains at the start of the final hour, breaking into the 1m38s while team-mate Zane Maloney rose up to second place.

With 10 minutes to go another tenth had been chopped off David’s benchmark, which now stood at a 1m38.711s, and Maloney and Saucy had also improved significantly in second and third.

David ended the morning session with a 0.472-second advantage over Maloney, with Aron jumping back up to third ahead of Saucy and MP Motorsport’s Franco Colapinto.

The afternoon was also interrupted by red flag stoppages, the first caused by Eduardo Barrichello, and it was his JD Motorsport team-mate Tommy Smith who was fastest at the time.

Saucy then took over to the top, although David and Maloney came on track soon after him and went one-two for 10 minutes before Saucy responsed with his first sub-1m39s lap of the day.

Aron had made it up to second place by the time of the second red flag, caused by KIC Motorsport returnee Patrik Pasma getting beached in the gravel at the second corner, and Saucy had improved to a 1m38.763s.

An hour later and there was another gravel-related red flag, this time after FA Racing’s Alexandre Bardinon binned it at Turn 10, and it wasn’t until the final half-hour that David returned to the top with a 1m38.523s.

That lap stood as the best for the rest of the day, with the faster drivers spending much of the remaining time in the pits.

The top four, which consisted of three R-ace drivers after Isack Hadjar bounced back from being 21st fastest in the morning, was covered by just 0.043s and Saucy was a tiny 0.003s from matching David.

The only unsigned driver at the test was MP’s Kas Haverkort, although he is heavily linked to racing for the team.

Bardinon, Lena Buhler (R-ace) and Nico Gohler (KIC) were the only drivers whose best laps were set in the morning, with Buhler not going out on track at all in the afternoon.