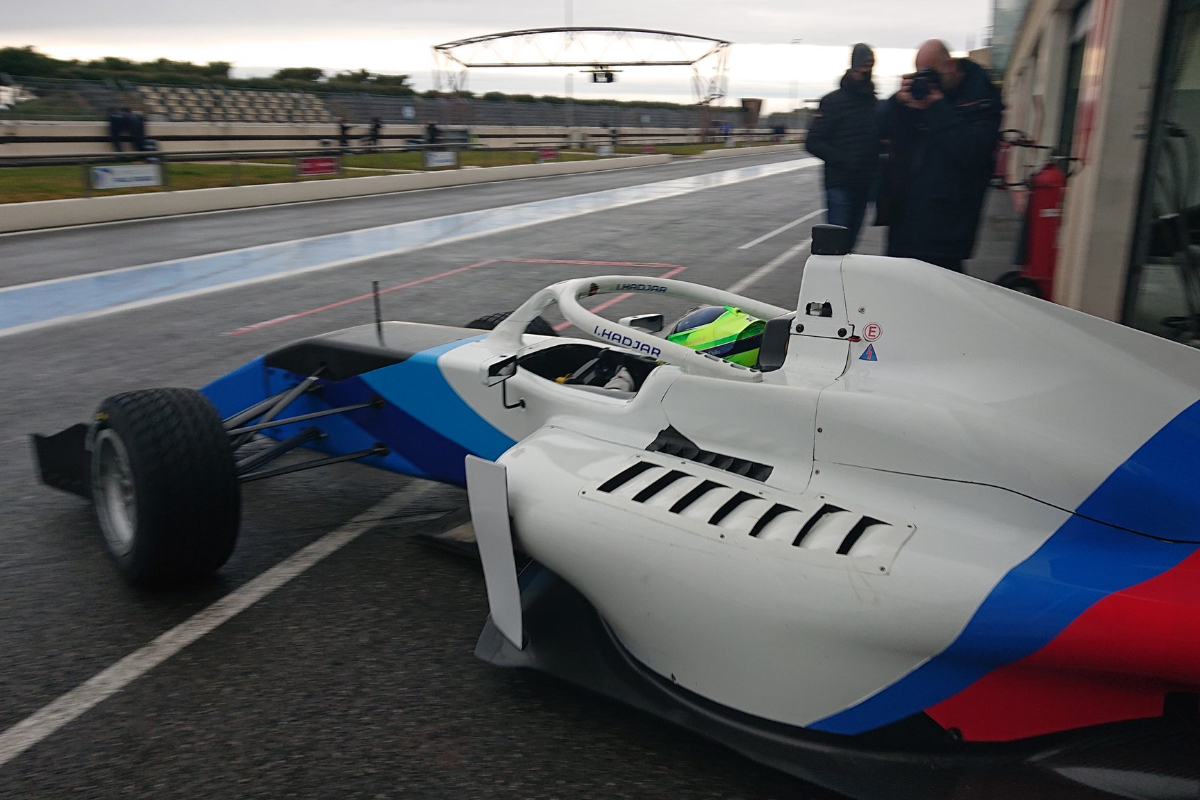 The confusing naming of the test, organised by a series that now no longer exists for only its teams, was also muddied by the fact that several experienced racers from the Eurocup took part.

It was Euroformula racer Zane Maloney who set the early morning pace for Arden, lapping in the 2m19s. M2 Competition’s French Formula 4 graduate Hadjar brought that benchmark down by two seconds before R-ace GP’s Renault Formula 1 junior Hadrien David chopped another second off.

Maloney and team-mate Alex Quinn spent the final half-hour of the morning pushing each other at the top, and on the hour Quinn brought the fastest lap down to a 2m13.292s.

Quinn kicked off the afternoon by immediately going faster, setting a 2m11.797s. He made further improvements to stay in first place until ART Grand Prix’s Gregoire Saucy brough the laptimes into the 2m10s.

The track was greasy, and everyone returned to the pits not long after. MP Motorsport’s Mercedes junior Paul Aron used this opportunity go out on his own, and pumped in a 2m10.148s lap.

Quinn waited before reclaiming top spot, using his first lap back on track to set a 2m09.416s. Ferrari-backed team-mate Dino Beganovic was then closest and there was another round of pitstops before Aron replied an hour later with a 2m08.544s.

With the track constantly getting quicker, those who stayed out were rewarded. MP’s Kas Haverkort and Hadjar were in 13th and 14th but jumped to first and second by being first into the 2m07s. Quinn saw their pace, left pitlane and through a succession of laps brought the benchmark down to 2m04.976s.

Maloney remained in the pits for longer, then went tit-for-tat with Quinn again before both pitted. In their absence, Italian Formula 4 champion Gabriele Mini and ART GP team-mate Saucy went quickest with a 2m03.887.

Haverkort went half a second up on that in the final minutes, and with a minute to go Hadjar went 0.008s up.

Maloney ended in third, while Quinn was shuffled to seventh.