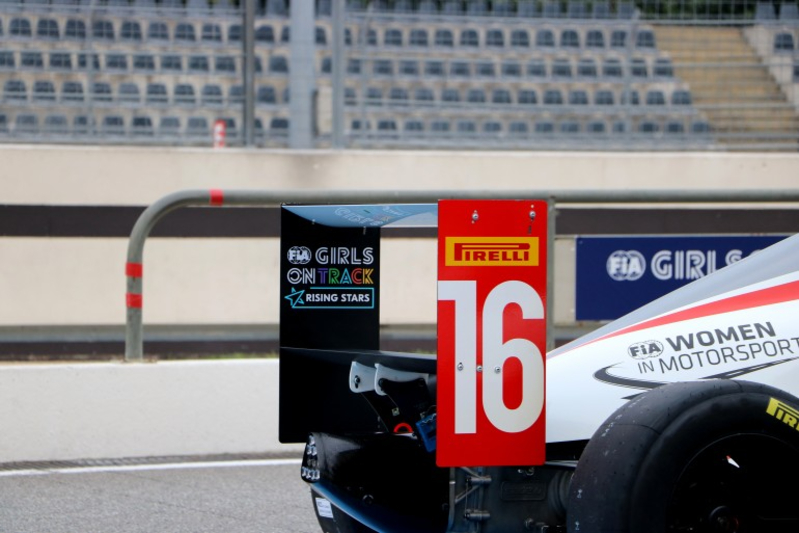 The final selection process of the FIA’s Girls on Track Rising Stars programme will take place on January 11-15 next year after it was delayed by a finalist catching COVID-19.

Female drivers aged between 12 and 16 were eligible for the new scheme, set up by the FIA Women in Motorsport Commission and with the intention of awarding the best driver with Ferrari Formula 1 junior status subject to them meeting an assessment standard.

A longlist of 20 drivers was named back in October, and back-to-back two-day shootouts at Paul Ricard reduced that to a pool of eight drivers for a Formula 4-focused test at the French circuit.

The final four that it made it through that stage – Richard Mille-backed karter Maya Weug, Renault Clio Cup France racer Doriane Pin and Brazilian karters Julia Ayoub and Antonella Bassani – were then set for a one-week course with the Ferrari Driver Academy at its Fiorano base in November that would decide the winner.

However one of those drivers tested positive for COVID-19 while in isolation ready for that course, and the decision was made between the FIA WiMC and FDA to postpone the selection proccess rather than drop the infected driver from it.

Ferrari has also run its own new-for-2020 talent scouting shootout event independent of the FIA, relying on partnerships with regional karting teams, talent spotters and racing clubs from across the world to bring together a group of young drivers who would also have the opportunity to become a Ferrari junior in 2021 and race in a European F4 series.

Wharton’s management has already declared the Australian will remain in karting next year, while Wurz has started an Italian F4 testing programme with Ralf Schumacher’s team US Racing.

Why Yuki Tsunoda’s remarkable rise to F1 cannot be stopped