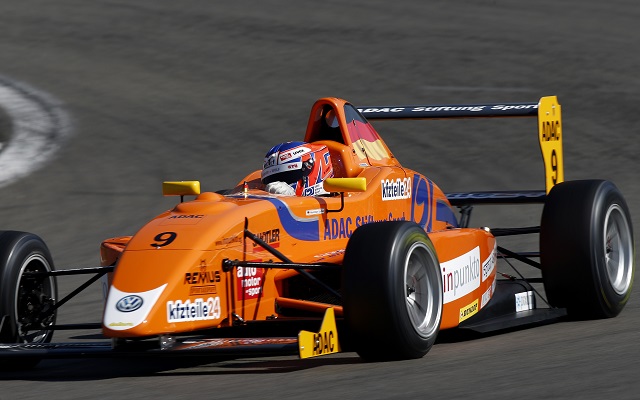 ADAC Formel Masters 2013 runner-up Maximilian Gunther will remain in the series for the 2014 season, staying on with Berlin-based squad Mucke Motorsport.

The 16-year-old racer graduated from karting in 2010 after winning the ADAC Kartmasters title in the KF3 class. He finished runner-up to Stefan Wackerbauer in the 2011 edition of the Formula BMW Talent Cup and took 2012 off to prepare for his debut in ADAC Formel Masters.

In 2013, he enjoyed a sensational rookie season in the German series, topping the most qualifying sessions and winning two races. He wound up taking second in the standings.

The 2014 season of ADAC Formel Masters will kick off at Oschersleben on 26-27 April.