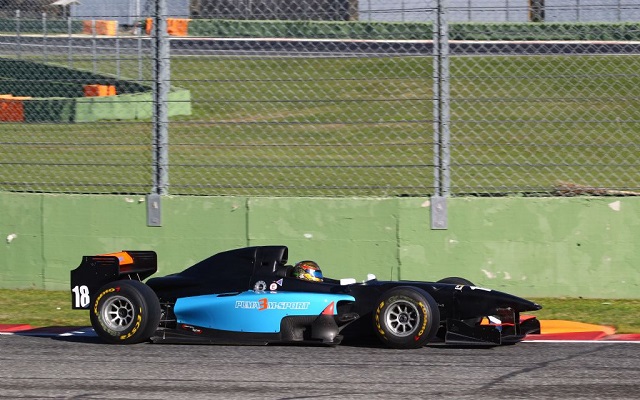 20-year-old Giovesi contested a part-time campaign with Ghinzani Motorsport in Auto GP last year and managed to pick up sixth in the overall standings. He took on-the-road victories on two separate occasions, only to lose them due to post-race penalties, and picked up an additional five podium finishes.

Prior to that, he won the Swiss Formula Lista Junior championship, the Copa Class title in F3 Open and two races in Italian Formula Three.

He took a maiden podium in cars in the Formula Abarth season opener last year, but did not race in the series past round one.

Spanish squad Puma 3 M-Sport are newcomers to the Auto GP grid. The 2014 season of the series will commence at Marrakech on April 12-13.