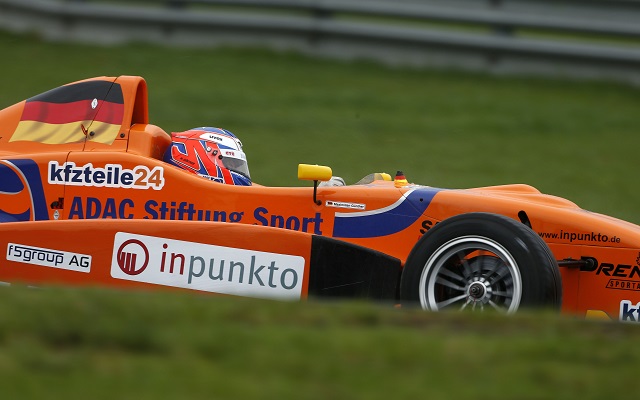 Gunther resided firmly in the middle of the timesheets for much of the 45-minute session before vaulting to the top with a 1:29.474 lap.

Fellow sophomore Mikkel Jensen ended up just 0.025s down on the German in second, making his competitive debut for Neuhauser Racing.

Another 2013 rookie star Ralph Boschung took third for Lotus ahead of JBR newcomer Igor Walilko, who made it four different teams’ cars in the top four.

Dennis Marschall was fifth, leading fellow rookie Tim Zimmermann. Expected title hopeful Marvin Dienst was at the front for much of the session but eventually tumbled down to seventh, four tenths off the lead.