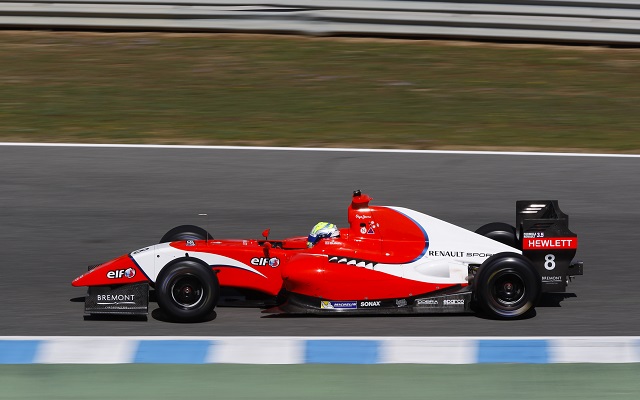 The Briton managed to come out on top after a series of lead changes in the final minutes of the session.

Comtec’s Nikolay Martsenko led the field with ten minutes remaining on the clock but was then dethroned by Roberto Merhi, who took the checkered flag in first place.

However, the improvements wouldn’t end there. A minute after the clock ran out, DAMS racer Carlos Sainz took over at the front, while just five seconds later it was Buller who ultimately secured the top spot.

So it was the Brit who rounded out the test on top, leading Sainz and another late improver in fellow Red Bull Junior Team protege Pierre Gasly, with Merhi taking fourth less than a tenth down.

Martsenko settled for fifth, ahead of sophomores Sergey Sirotkin and Marlon Stockinger. Jazeman Jaafar took another eighth, with morning pacesetter Will Stevens and Oliver Rowland making up the rest of the top ten.