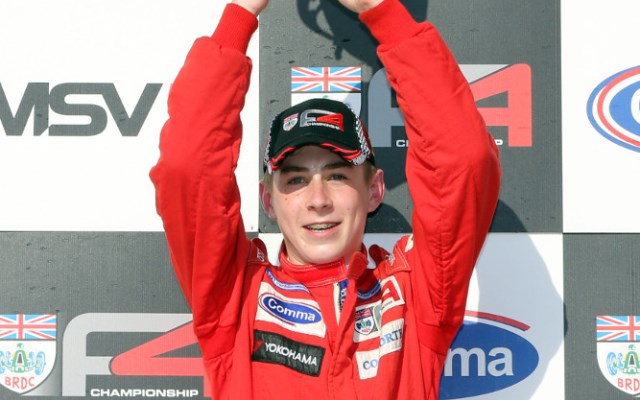 Karting graduate Ross Gunn delivered on his pace at the Oulton Park round of the BRDC F4 Championship with a first win in the series in race three.

Charlie Robertson started from pole courtesy of the fastest lap from the earlier two races, but conceded the lead to Gunn with a mistake on lap eight.

Jake Hughes also found his way past Robertson to take second and did close the gap to Gunn, finishing 0.387 seconds behind.

Antonio Fuoco dominant in race one at Monza