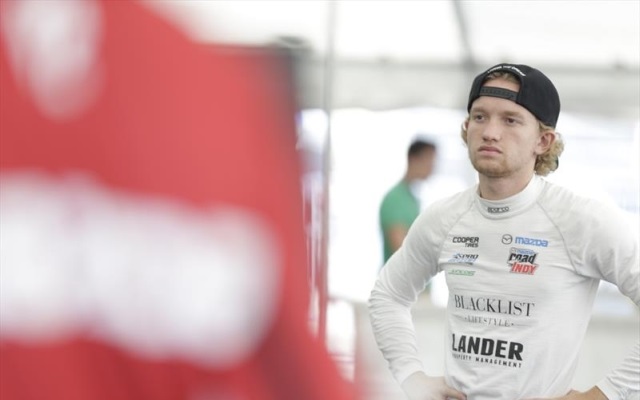 One round after grabbing his first pole position of the season, Garrett Grist doubled up, posting the fastest time in the Pro Mazda qualifying at Iowa.

Grist was the eighth driver to leave the pits and edged former leader Weiron Tan by just three thousandths of a second.

The Malaysian, who won the season’s previous oval race at Lucas Oil Raceway, had to settle for a front row start, although his second lap stood as the best of the session.

Championship leader Santiago Urrutia?of Team Pelfrey was not far behind, himself followed by Jose Gutierrez.

Will Owen qualified fifth and could be one to watch, having finished as runner-up at Lucas Oil, while Timothe Buret and Dalton Kellett ended up sixth and seventh respectively.