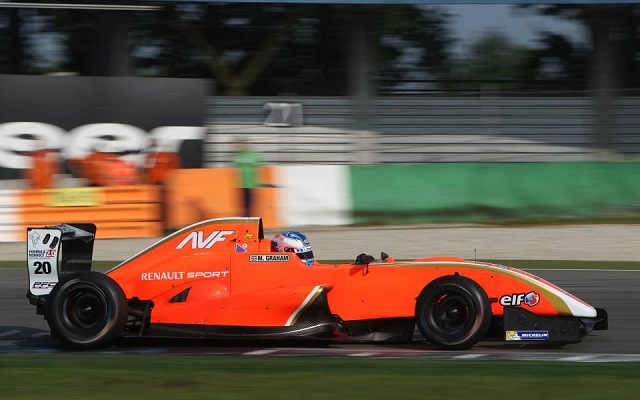 AVF’s Matthew Graham and ART Junior Team’s Callan O’Keeffe were the fastest drivers in the practice sessions for the fifth round of the 2014 Formula Renault NEC season at Assen.

In the morning, Graham was able to go almost three tenths clear of the opposition, leading most of the session and managing a late benchmark to stay on top.

Eurocup regular Alex Albon, who makes his return to the championship after running in the season opener, finished second, followed by championship frontrunners Ben Barnicoat, Ukyo Sasahara and Louis Deletraz.

The Lotus junior then went on to post the best lap of the day, beating Graham at the last minute of the afternoon session by a tenth and a half.

Albon, Deletraz and Barnicoat maintained their presence in the top five, followed by Josef Zaruba, Ryan Tveter and Raoul Owens. The top ten was completed by Morris and Jules Gounon.