James Calado began the GP2 as many’s favourite for the title, but he arrives at his home round at Silverstone with some catching up to do. He told PaddockScout he’s confident of turning things around.

As the highest-placed of 2012’s GP2 crop to return, the pressure was on James Calado to deliver the title in 2013. Unfortunately for him he’s found the first part of the season much tougher than he could ever have expected.

Things started well in Malaysia, starting and finishing the feature race in second place, even if the ART Grand Prix driver was disappointed not to have fought?Fabio Leimer for the win. His weekend ended on a sour note though when he tripped over Leimer on the first lap of the sprint race, ending his race.

That gave him a ten-place grid penalty for Bahrain, which compounded with a disappointing qualifying display saw him line up two rows from the back. He fought back into the points in fifth place in race two, but he lost significant ground to the championship leaders.

Worse was to come in Barcelona. Calado qualified seventh, but in confident mood after saving a set of tyres. That tactic became worthless just metres off the start however, when he made more contact with Leimer as he surged forwards off the line. With Leimer’s front wing damaging Calado’s rear tyre and suspension, he was forced into retirement. In race two he had too far to come to reach the points.

The qualifying woes hit a new low in Monaco, both Calado and rookie team-mate?Daniel Abt struggling badly for grip and lining up 16th and 20th. While the only luck Calado seems to have had in GP2 so far has been bad luck (think back to last year and the dominant Valencia win he lost to a safety car and the illness that hit him in Singapore and relegated him from third in the final points), he got a crucial break at the start of the feature race.

The multi-car pile-up triggered by Johnny Cecotto stopped more than half the field in its tracks, but Calado sneaked through into fifth place before the race was red-flagged. He was able to take the restart and finish the race in the same position, and added another fifth in the sprint race, salvaging a total of 16 points from the weekend. That put him fifth in the championship standings on 40 points, 80 behind Stefano Coletti. 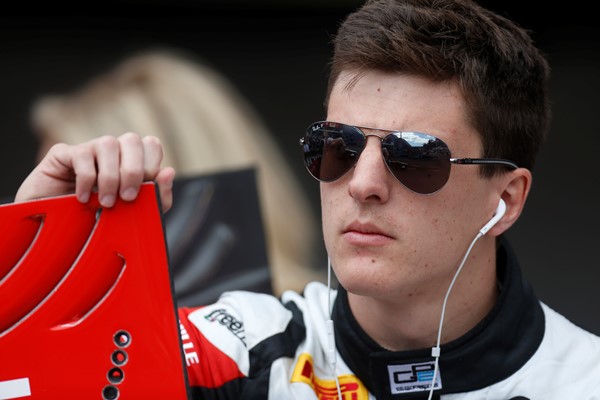 Calado told PaddockScout that getting the right set-up for the latest specification of Pirelli tyre is at the root of ART’s struggles.

“As in any sport or championship unfortunately you have to accept that sometimes you have issues,” he says. “After Malaysia we were happy with our performance but it seems that we went in the wrong direction in terms of getting the tyres to work correctly. Pirelli changed the compound and construction and it’s just taking a bit longer than normal to find the right set up to get the optimum performance out of them.”

He sees no point in blaming the team though and is well aware of the big part he can play in getting them back at the sharp end. While he would of course prefer to be be winning, he is enjoying the challenge.

“I guess it’s down to me and the team to work extremely hard. We have to work together to solve all our issues. It’s also important to be open with my team-mate Daniel. As a driver I will always give 110% every lap. I know the team are working really hard too. So it’s really important not to lose confidence and to never give up.

“Part of the fun is solving issues and getting back up to the front. I had a similar situation in GP3 in 2011. The car was really bad. Me and my team-mate Valterri Bottas were low down in the championship after four rounds. We ended up P1 and P2.”

There’s another thing from 2011 that Calado can take comfort from ahead of Silverstone. Jules Bianchi was a GP2 title favourite, and like Calado he was driving for ART and managed by Nicolas Todt, but had a torrid start to his season. At Silverstone he took pole position and victory in the feature race, and he finished the year third in the standings after a consistent second half to the year. Now, he’s racing in F1 and impressing the whole paddock.

While chances of a home victory in F1 this weekend are slim, Calado believes that he can give the crowd something to shout about.

“I am really confident for Silverstone,” he says. “It’s my home race and I know the track extremely well. We have found some problems which have possibly affected my performance. This has now been fixed and I really think we will be back at the front. I really want to win in front of my home crowd and I’m more determined than ever!” 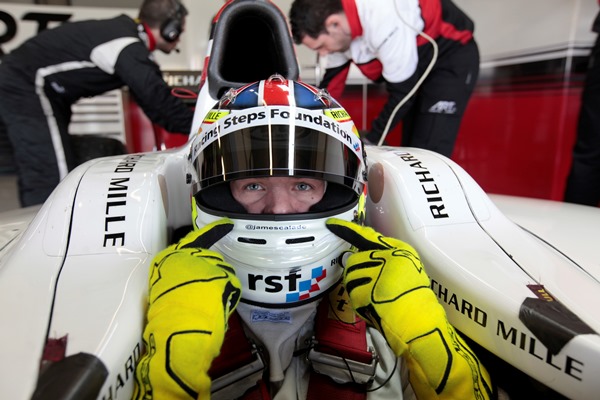 Calado hopes to get a home win for himself and the Racing Steps Foundation at Silverstone (Photo: Alastair Staley/GP2 Series Media Service)

Third place in the standings is only 18 points away for Calado and seemingly an easy target. He’s got his sights set further. Asked what his hopes and aims are for the rest of the season, he simply replies: “To be GP2 champion.”

The end goal is to make an impression on the F1 teams, but joining the All-Road Management stable earlier this year means that developing contacts and negotiating opportunities is taken care of for Calado, allowing him to focus on getting the on-track results to boost his profile.

“Nicolas Todt and ARM have very good contacts in F1,” says Calado. “But right now I am concentrating fully on winning in GP2 which, along with ARM, will hopefully open the right F1 doors for me.”

Calado is one of five British drivers set to feature in this weekend’s GP2 races at Silverstone. Sam Bird sits third in the standings and his home round will be about continuing the momentum from victory in Monaco to try and close the gap to Coletti and Nasr. Jolyon Palmer will hope Silverstone provides him with a return to the podium – he’s shown good speed this year but lacks the results to show for it.

Adrian Quaife-Hobbs has had an up-and-down rookie campaign so far with new team MP Motorsport, but second place in the Monaco sprint race showed what’s possible if they can overcome their own qualifying issues. Finally, Jon Lancaster shone with a podium on his GP2 return with Hilmer in Barcelona, and will hope to return to that form after a tough Monaco. 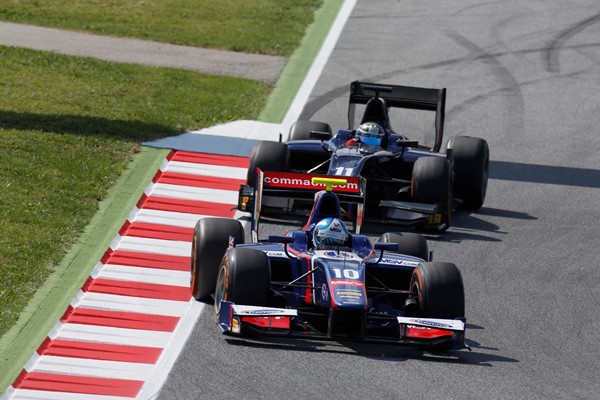