This year, the Principality has a driver of its own to cheer on. He’s not in F1 yet, but he’s making a strong bid to be there soon. With two wins from six races so far, Stefano Coletti leads the GP2 standings as the series arrives in his back yard.

It would be easy to dismiss Coletti as another GP2 veteran, with more experience than raw ability. After all, he made his debut in 2009, and managed just a single podium finish last year…

Stefano was born in Monaco on 6 April 1989 to his Monegasque mother Armande and Italian father Gianluigi (he was conceived onboard Keke Rosberg’s yacht, if you believe his personal website). While his older sister Alexandra went on to represent Monaco in Olympic skiing, Stefano took up karting.

In 2003 he finished second to Sebastien Buemi in the Italian Open Masters in the ICA Junior class before beating fellow 15-year-olds Jules Bianchi and James Calado to win the European Championship in 2004 as well as the Andrea Margutti Trophy. Already with Red Bull Junior Team support, Coletti then skipped the top level of karting and made the early move to single-seaters, but had a quiet year in Formula BMW ADAC. Things did improve in 2006 when he finished seventh overall – but had he not missed the final round he would have been one place higher and as the top scorer in the Mucke team, at the expense of a certain Sergio Perez, who was also in his second year.

Coletti switched to Formula Renault 2.0 for 2007 and finished fourth in the Eurocup, before stepping up to F3 for 2008. However, he found himself without a drive after just two rounds when Red Bull replaced him at the Signature team with Robert Wickens. He re-emerged soon afterwards with Prema and finished the year with a fourth place at Hockenheim. Sticking with Prema for 2009, he won the opening race of the season at Hockenheim but got himself into trouble two rounds later when he clashed post-race with Bianchi, the stewards excluding him from the rest of the weekend. He scored points at only one of the remaining meetings and finished tenth in the points. 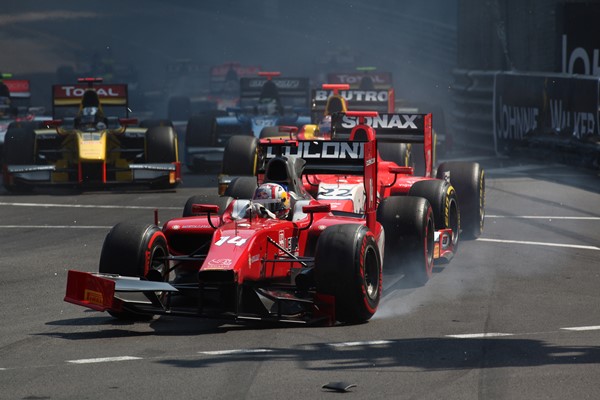 A first step into GP2 with the Durango team at the end of the year came to an abrupt halt after just three races when he was injured at Spa-Francorchamps. His main focus for 2010 was Formula Renault 3.5, where he finished sixth in the standings, but he also joined GP3 from the second round and finished up ninth. He joined GP2 full-time in 2011 with Trident and scored three sprint race wins over the course of the year (including one in the Asia Series), so there were big hopes for his switch to Coloni for 2012. However, he struggled, with only one podium to his name with two rounds to go, when he transferred to Rapax.

He immediately gelled with his new team, and signed early on the dotted line to remain with them for the 2013 season. He showed promising pace in the final pre-season test to enter the campaign as a possible title contender. In the first qualifying of the year in Malaysia he claimed top spot, but in the feature race he was hampered by a familiar problem – trying to make the tyres last the distance. He quickly made up for that with victory in the sprint race the next day, when not only did he manage his tyres well, but he also made a rocket start, something that has become a familiar sight since.

Coletti added two more podium finishes in Bahrain, and although fourth in the Barcelona sprint race brought that run of top-threes to an end, another of those demon launches propelled him to a second win of the season in the sprint race. He holds a 17 point lead over nearest rival Felipe Nasr, who has also had an impressive run of top-four finishes to start the season with, but is still searching for his maiden win.

The coming weekend is a big one for Coletti in so many ways. Like every weekend for the rest of his season, he needs to keep up the strong form. Winning the title is not necessarily enough to get to F1 – see Davide Valsecchi last season. He needs to stay amongst the leaders in qualifying, keep scoring podiums and add as many race wins as he can.

But not only does his home round offer the chance to keep making an impression on the F1 fraternity, but also on the locals. And there could be few places other than Monaco where making an impression on the local population could provide such massive opportunities. To increase his chances of making that F1 step, Coletti is going to need to secure more financial backing. While his father does run an estate agency in Monaco, his main sponsor is an Italian pasta company. Unlikely, you would think, to have the resources to compete with the figures quoted for some F1 seats at present. Some high profile success this weekend could secure the sort of deals that would really open the door to F1. 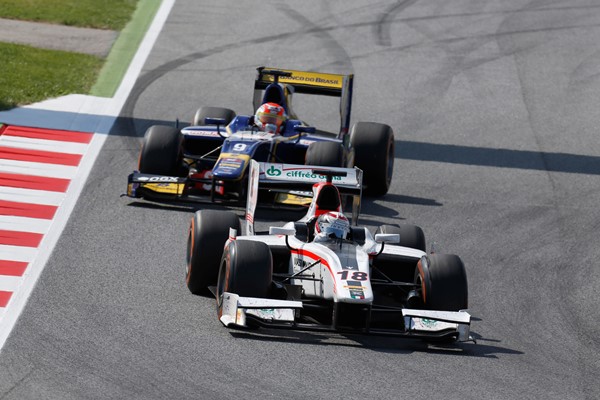 Coletti and Nasr have finished all six races so far this year in the top four (Photo: Alastair Staley/GP2 Series Media Service)

Furthermore, with all that is potentially at stake, this weekend provides the ultimate test of Coletti’s ability under pressure. He’s generally gone well in his previous races around his home streets, with fifth place finishes in 2010 and 2011, although matching those results would actually be his worst finish of the season so far. Will the additional burden of attention he will be under this year, given his recent form, drive him on to another level, or will he crack?

There’s going to be plenty of competition for Coletti to overcome in order to win this weekend. As mentioned before, Nasr is on fine form and hungry for that first GP2 win. Fabio Leimer won the first two feature races of the season, while Robin Frijns was dominant in just his second GP2 round in Barcelona. The greatest opposition however could come from Sam Bird, who considers himself something of a Monaco specialist. He claimed pole position in 2011, but stalled at the start. He was determined to make up for that in Formula Renault 3.5 last year and he did so, blitzing the opposition in qualifying and then leading the race from start to finish, holding?Jules Bianchi at bay. He’s generally been as quick as anyone so far this season despite driving for the new Russian Time setup, but, not for the first time, his luck has often deserted him.

Elsewhere, Jolyon Palmer was a winner here last year, as was Johnny Cecotto from pole position. Alexander Rossi finished third in the FR3.5 race last year despite an Arden Caterham car that was still somewhat off the pace at the time, while James Calado desperately needs to get his season firing on all cylinders. Coletti doesn’t fly the Monegasque flag alone – compatriot Stephane Richelmi went well here last year and started on the front row last time out in Barcelona.