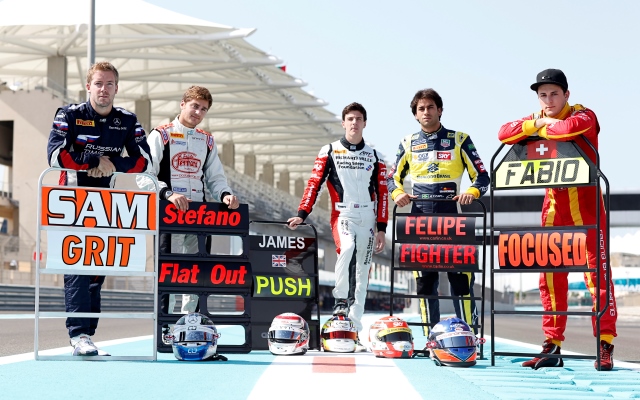 Five drivers are in with a mathematical shot at winning the GP2 title this weekend, with Fabio Leimer and Sam Bird separated by just seven points at the head of the fight.

Consistent form in the second half of the season saw Leimer and Bird take over at the top of the standings from Stefano Coletti and Felipe Nasr, who were the men to beat early on but have struggled to score more recently.

Leimer began the campaign brightly, claiming the first two feature race wins in Malaysia and Bahrain. His failure to score in the respective sprint races combined with some poor luck in the subsequent rounds in Barcelona and Monaco gave him some catching up to do. He was lucky to come away from Silverstone with a fourth place after knocking Coletti off on the last lap, being handed a grid penalty for race two and being able to keep his 12 points instead of the usual time penalty.

He continued finishing fourth in each of the next three feature races – consistent form but lacking the speed he had shown at the start of the campaign. His sprint race performances were an improvement at least, scoring podiums in Germany and Hungary to secure himself some large weekend points hauls. At Monza he fought for a race win for the first time since Bahrain, getting the better of rival Bird in a race-long slog on opposite strategies.

Finishing that weekend with a six point advantage, he claimed a solid fifth and a third in Singapore to bring a seven point advantage to Abu Dhabi. The record books tell us that the Racing Engineering man should go well around the Yas Marina circuit having dominated the feature race at the category’s most recent visit for the non-championship round two years ago. But although he managed such performances in the opening rounds, it’s consistency rather than outright pace that’s got him this far. Will that be enough, or will he have to find another gear?

Bird has performed wonders with the new Russian Time team, who only did one pre-season test which didn’t even have Bird’s involvement. He took a win just four races in though, winning the Bahrain sprint race by a whisker over Nasr. He showed his prowess in Monaco with a win, and matched Leimer’s achievement of back-to-back feature race wins with victory on home soil on Silverstone’s super Saturday. 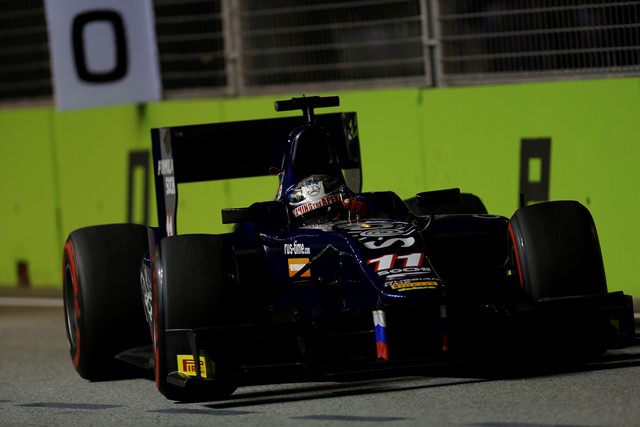 Nurburgring and Hungaroring were fairly quiet in terms of points hauls, but a dominant drive from pole at Spa thrust him into title contention before his second place to Leimer at Monza. Singapore got off to a bad start when he was hampered in qualifying, but he delivered a win from the reverse grid pole on Sunday.

Bird has shown on more than one occasion this year that he’s capable of qualifying near the front and delivering a convincing feature race win. If he can do that this weekend then Leimer will have his work cut out. One question mark is over the strategy that he and the team will use. Sometimes they have run two sets of the harder prime tyre on Saturday and sacrificed their Sunday performance, meaning Bird’s results have not been as consistent as Leimer’s. Deploying such a tactic this weekend seems like an unlikely risk to take.

It is easy to concentrate on Leimer and Bird, but history shows that the rest should not be discounted while they are still in mathematical contention. Nasr seemed like he would be in a position to capitalise on Coletti’s downturn in form, only to struggle himself. He finished in the top four in all of the first eight races, and although he couldn’t quite maintain those results in the subsequent rounds, he did continue to gradually close the gap to Coletti. Retirements in Spa and Monza however – the first after he ran into team-mate Jolyon Palmer, the second a mechanical failure – cost him, as Leimer and Bird took charge.

He finally overhauled Coletti with a second place in Singapore, but his maiden GP2 win continues to elude him as Palmer came from behind to beat him. Now 31 points behind Leimer, he realistically needs a heavy points score in both races to stand a chance. He’s got the talent and if Carlin are as good as they were in the previous round he has the package underneath him, but it remains to be seen whether he can really deliver the goods.

Coletti won three sprint races (in Malaysia, Barcelona and Monaco) and claimed three other podiums during the first four weekends, but other than a third place at the Nurburgring, he hasn’t scored since. With a 44 point gap to Leimer, he not only needs some bad luck to befall the other contenders but also make a serious return to form.

James Calado is also still in contention, one point behind Coletti. The pre-season favourite fell a long way behind early on as he and ART struggled for pace but some consistent points scoring and a reverse grid win at Spa brought him to within 24 points of the standings lead, but he lost ground again over Monza and Singapore and will also need a minor miracle in Abu Dhabi. 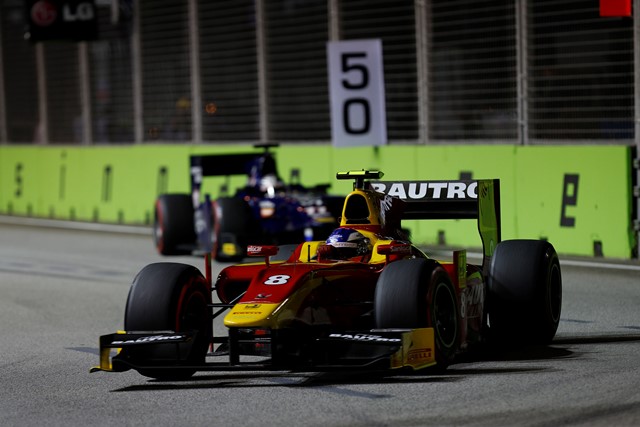