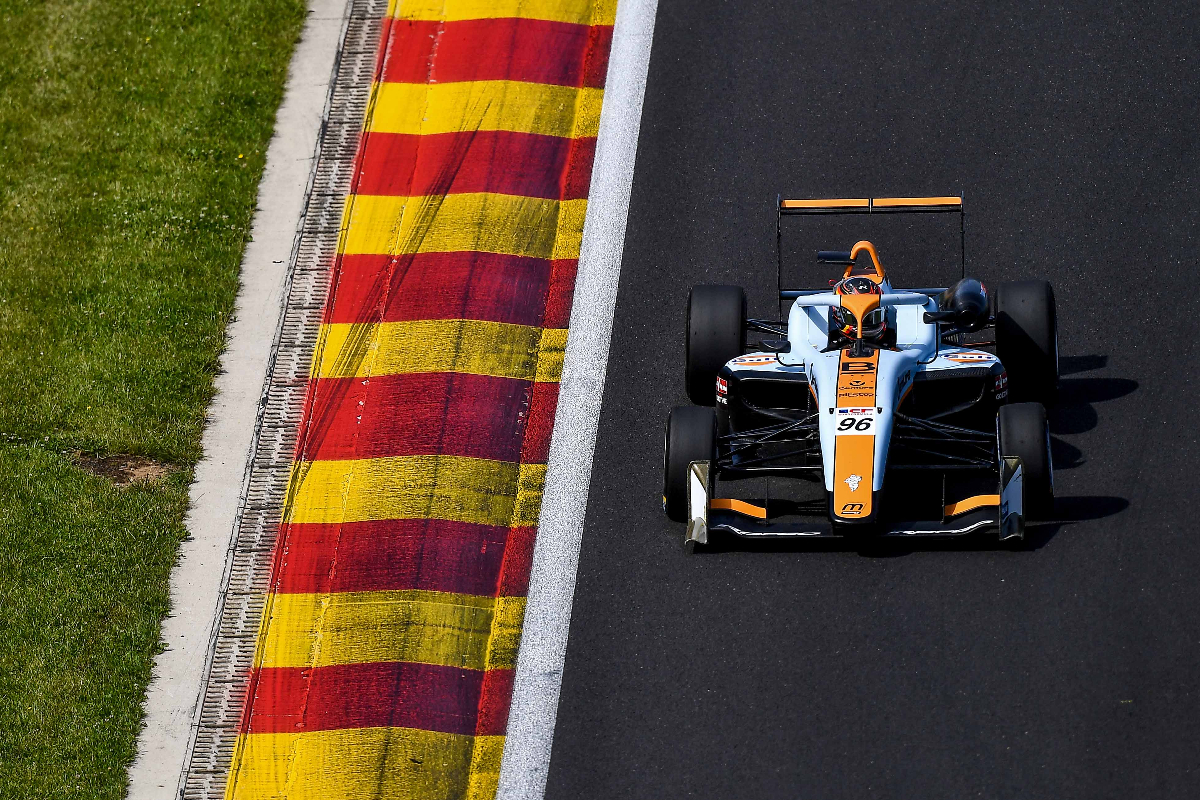 Oliver Goethe has now taken three Euroformula wins in a row after another controlling drive to win the reversed-grid Spa-Francorchamps race.

Mansell and Goethe were fifth and sixth on the reversed grid, but were into first and fourth by the end of the opening lap. Mansell two cars off the line then went around his CryptoTower Racing Team team-mate Josh Mason at La Source for second place.

Down the Kemmel Straight he got alongside Van Amersfoort Racing’s reversed grid poleman Sebastian Ogaard and squeezed him onto the grass on the inside to take the lead as Goethe was squeezed behind.

The progress up the order for Mansell was complete, but Goethe still had a few places to go and he dived down the inside of Josh Mason at Bruxelles, snuck past Ogaard at Blanchimont then had a look at Mansell into the Bus Stop chicane on lap two but didn’t think seriously about snatching the lead as it would deny him the slipstream for the next lap.

Goethe made his move on Mansell at Les Combes but went off track as he did so and had to led his title rival back through. Once Mansell was back in the lead he started to establish a lead but once he had got it to 1.1 seconds he then slowed at the Bus Stop and allowed Goethe ahead, presumably to gain use of the slipstream.

It initially seemed to be the right tactic as he went straight back past by taking the inside line into Les Combes and then leading the next lap. But Goethe had the stronger pace and he cleared Mansell down the Kemmel Straight next time by then streaked away in the second half of the race to win by 5.448 seconds.

Mason held third place all the way but he picked up two track limits penalties which dropped him to seventh place in the race result and promoted Vlad Lomko to the podium.

Lomko started third but dropped down the order early on and had to fight his way past Frederick Lubin and the staunchly defensive Alex Garcia before going around the outside of Ogaard at Les Combes for what was fourth on lap 10 of 14.

Two laps later Garcia also got past Ogaard, with the two rounding out the top five. Lubin was sixth, while Filip Ugran found some pace late in the race to fight him but could only finish eighth.

The power of the slipstream meant the whole 10-car field didn’t spread out too much during the race and the bottom two cars were 16s and 23s off the dominant winner.