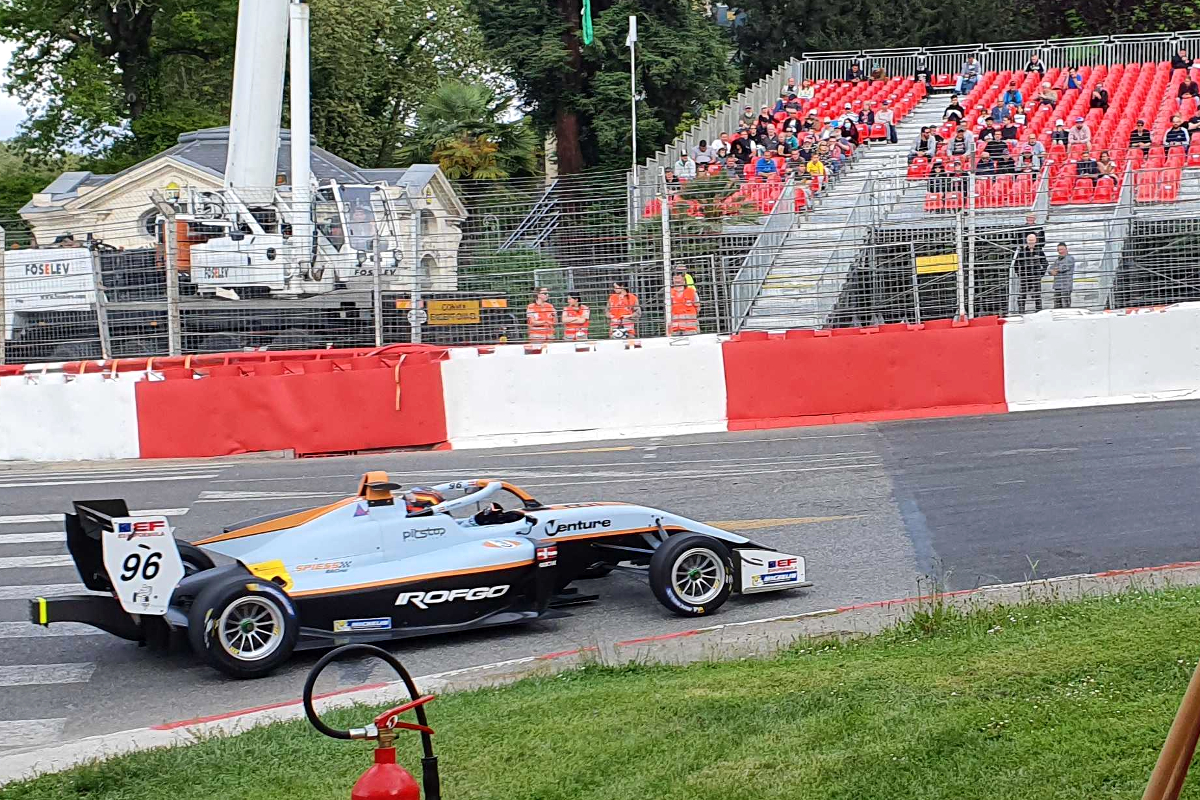 Oliver Goethe continued his astonishing start to the 2022 Euroformula season by taking pole for the series’ first race on the streets of Pau since 2019.

The first representative laptimes came in after five minutes of the 25-minute session, with Josh Mason and Christian Mansell leading the way for Motopark’s Japanese offshoot CryptoTower Racing Team.

Van Amersfoort Racing’s Nicola Marinangeli briefly topped the timesheet before Mansell and Mason went around again and lapped in the 1m12s.

Goethe then showed his pace, setting a 1m11.022s that put him a second clear of everyone else. A minute later CryptoTower’s Vlad Lomko rose to second with a lap a third of a second slower than Goethe, who then set a 1m10.599s to put himself a second clear again.

As the session approached its halfway point Mansell moved back up to second place, three quarters of a second off Goethe, then Lomko improved by joining Goethe in the sub-1m11s territory.

The gap between first and second soon grew again as Goethe squeezed a 1m10.108s lap out of his car. It didn’t look like any more laptime was to be found in it as he initially didn’t get to a similar pace on his second run, but as the fuel load decreased and the track gripped up further he did find even more time in the first and last sectors.

With just over half a minute remaining he finally improved again, setting a 1m09.703s just as Lomko made a big jump and posted a 1m09.962s, then on his final lap after the chequered flag went even faster with a 1m09.557s.

Lomko also improved on his final effort by 0.041s to end qualifying a third of a second behind Goethe, while Mansell prevailed against Mason in the fight for third.

VAR’s Filip Ugran had been second early in the second runs, with Mansell also then occupying the position before Goethe and Lomko’s late show of speed.

Ugran ended up behing shuffled down to fifth by Frederick Lubin, who actually pitted before the end of the session and didn’t make use of the track at its fastest.

Having crashed in free practice and missed FP2, BVM Racing’s Francesco Simonazzi was absent again due to ongoing repairs with the front-right of his car.

Effective Racing and Vladimir Netusil qualified seven seconds off the pace for their first Euroformula race.