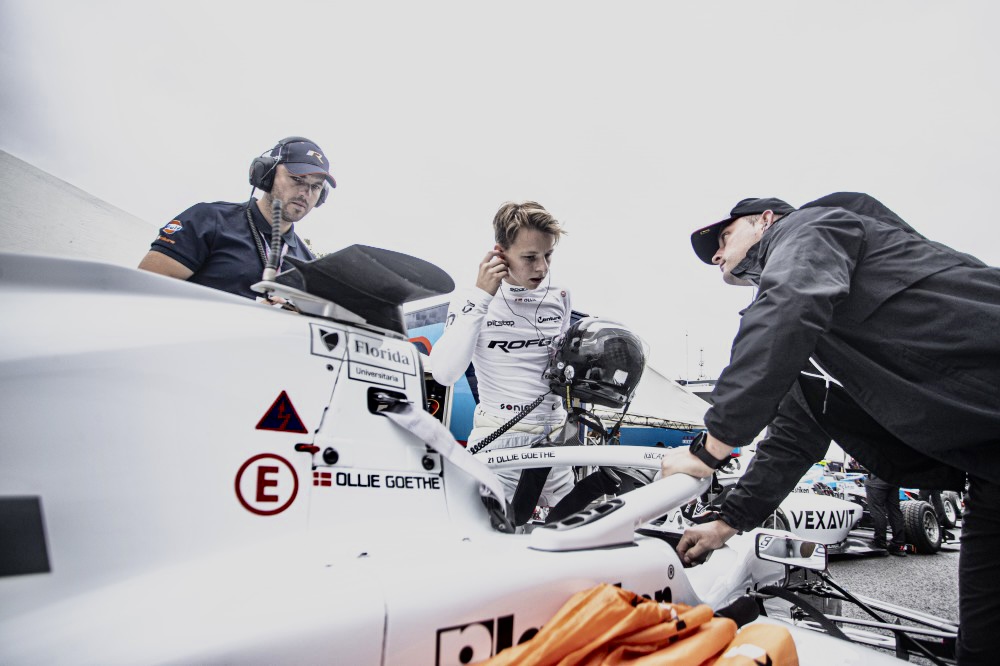 Oliver Goethe will drive again for Campos Racing in this weekend’s FIA Formula 3 round at Spa-Francorchamps as Hunter Yeany continues his recovery from injury.

The Euroformula points leader already deputised for Yeany at the Hungaroring last month, where he finished eighth in the sprint race, scoring three points in his series debut. He had started from reversed-grid pole-position after qualifying in 12th place, ahead of his more experienced teammates.

Yeany broke his left wrist in a clash during F3’s sprint race at the Red Bull Ring back in early July, and the American hasn’t been cleared to race again yet.

“Unfortunately, Hunter isn’t still fully recovered for this race, but I hope he will be able to make his comeback soon. So, Oliver is driving for us once again,” team principal Adrian Campos Jr said.

“We strongly think that Oliver will be able to make further improvements in comparison with Hungaroring as he knows the FIA F3 car better.”

This will not be the first time Goethe competes at Spa this season. The British-born Dane already visited the Belgian track in June for Euroformula’s fourth round of the year, and won all three races.

“I’m very excited to do another race in F3 with Campos Racing!” Goethe stated. “The last race in Hungary went very well and there was a lot of promise to get some good results so hopefully I can maximise that and most importantly gain experience and improve as much as possible!”