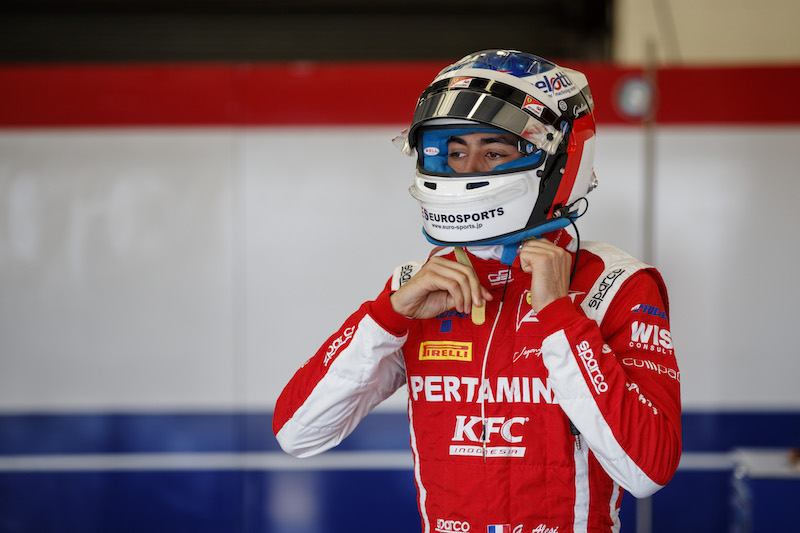 Giuliano Alesi set the pace in practice ahead of the Silverstone round of the GP3 Series.

The Trident-run Ferrari junior, who took the first of his four reversed-grid race wins in GP3 at the British circuit 12 months ago, set a 1m46.492s in a frantic end to the session as top spot changed hands several times.

Alessio Lorandi ended up fifth, having been displaced from top spot by Mawson with around five minutes of the session remaining.

Leonardo Pulcini was sixth in front of David Beckmann, Pedro Piquet and Julien Falchero, with Diego Menchaca rounding out the top 10.

All four of ART Grand Prix’s drivers were outside of the top 10 when the session ended, with championship leader Callum Ilott the best-placed of them in 12th.

Nikita Mazepin was just behind in 13th, with Anthoine Hubert 17th and Jake Hughes rounding out the field in 20th place.

What made Dan Ticktum?