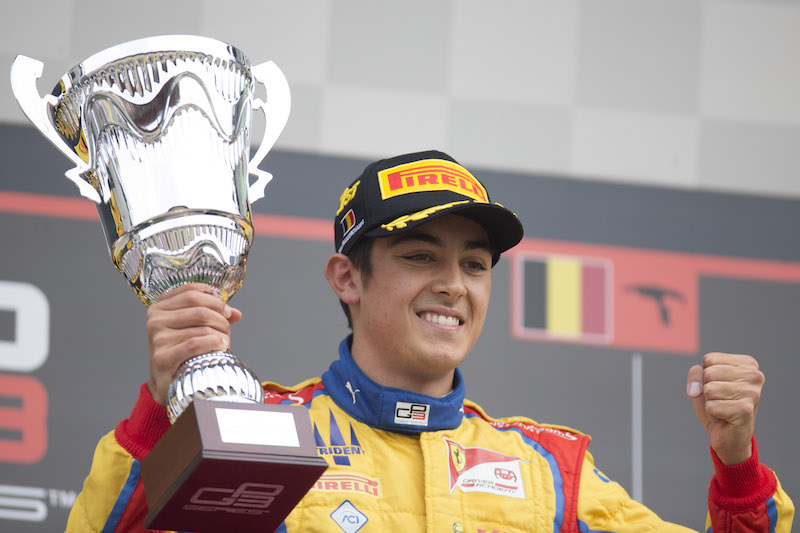 Giuliano Alesi will continue with the Trident GP3 team for a third straight year in 2018.

Alesi, the son of grand prix winner Jean and a part of the Ferrari Driver Academy, won three consecutive reversed grid races last summer and finished fifth in the standings as the top non-ART driver.

He had previously scored just one point in his rookie campaign in 2016 after making the jump up from French Formula 4.

“I am extremely happy to remain on board with Team Trident for the 2018 GP3 Series,” he said.

“I worked so hard with the team and the Ferrari Driver Academy in the last few seasons.

“My goal is now to reward them with some absolutely excellent results. I feel ready for a high-profile season.”

Alesi is the first driver confirmed by Trident for the 2018 season.

Ryan Tveter is also expected to continue with the team for another year, while Alessio Lorandi appears set to switch from Jenzer Motorsport after testing with Trident in Abu Dhabi in December.

Pedro Piquet also spent all three days of the test driving for Trident.

“He has exquisite manners and he is an extremely professional driver with a brilliant future ahead.

“Our priority will be to support him with the utmost commitment and enable him to aim for the most ambitious goals.”

Ahmed: New Hitech F3 team-mate Palou was “one of my heroes”