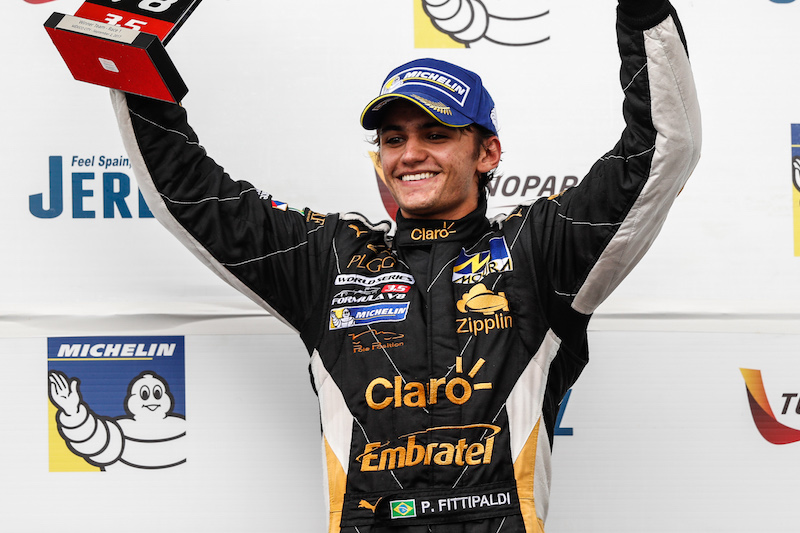 The duo will partner full-time driver and four-time champion Sebastien Bourdais at the team, with DeMelo contesting 10 races and Fittipaldi (pictured) the other seven.

Fittipaldi first tested for the team at Sebring last month, and impressed so much that he was invited back for a second test at Sonoma last week.

DeMelo meanwhile has long been rumoured with the seat, having made his IndyCar debut with Rahal Letterman Lanigan Racing in the Sonoma season finale last year.

“This is a dream come true, even more so to be racing in the Indy 500, where my family already has a history of great results,” said Fittipaldi.

Fittipaldi’s grandad Emerson won the Indy 500 twice, in 1989 and 1993, and was the CART champion in 1989. His biological and non-bioligical uncles Christian Fittipaldi and Max Papis were also racewinners in CART

“I want to thank the entire team at Dale Coyne Racing, along with [backer] Escuderia Telmex for this massive opportunity and important step in my career.

“It’s no secret that I also have an objective to one day race in Formula 1, so I’m excited to be racing on a world stage like IndyCar this year.”

Fittipaldi will make his debut in the second round of the season at Phoenix, and will be testing at the oval for the first time later this week.