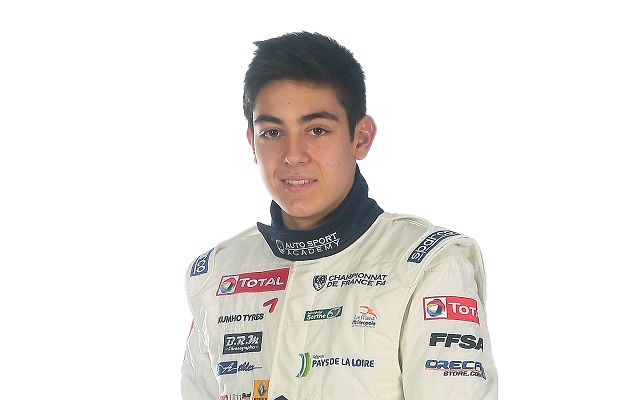 The car racing novice stormed to the top halfway through the qualifying session and then improved several times to maintain his lead.

The only driver to dip into 1:34s, he enjoyed some luck at the end as qualifying was red-flagged with three minutes to spare, leaving his opponents with no chance to retaliate.

Another French karting graduate Julien Andlauer ended up second, ending up just a tenth off the benchmark time.

Nerses Isaakyan took fifth ahead of top sophomore Valentin Moineault, who?was the early leader of the session but eventually had to do with sixth.

With the best times of the session making up the grid for race three, race one’s starting order is instead determined by second-best laps.

That bumps Laliberte up to second for his single-seater debut, while Moineault and Darras occupy row two.

Kressner moves to fifth, leading Isaakyan and Matus, with Andlauer all the way down in eighth. Alexey Korneev and Aubry will start the opener from row five.