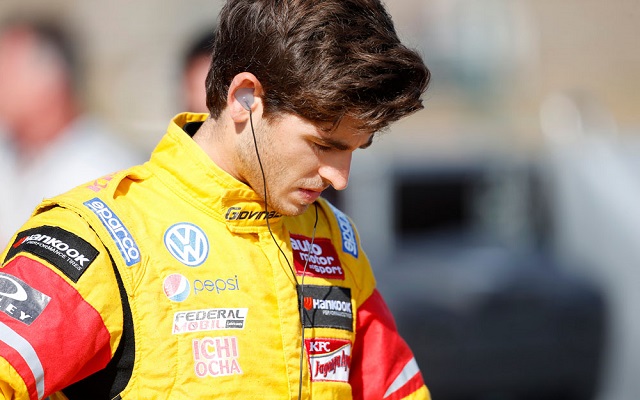 Antonio Giovinazzi eased to win the first Masters of F3 race at Zandvoort which earns him pole position for tomorrow’s final.

The Italian was into the lead off the line, taking advantage of a poor start from Sergio Sette Camara, who found himself being passed by Markus Pommer as well.

Giovinazzi was in a class of his own at the front and stretched his lead to 8.8s to see the checkered flag first.

Pommer could not quite lose Sette Camara but the Motopark drivers opted not to risk their podium spots,?while George Russell completed a calm race in fourth.

Sam MacLeod and Nabil Jeffri both passed the VAR duo of Alessio Lorandi and Arjun Maini in the opening lap as the top ten was completed by Ryan Tveter and Indy Lights regular Felix Serralles.