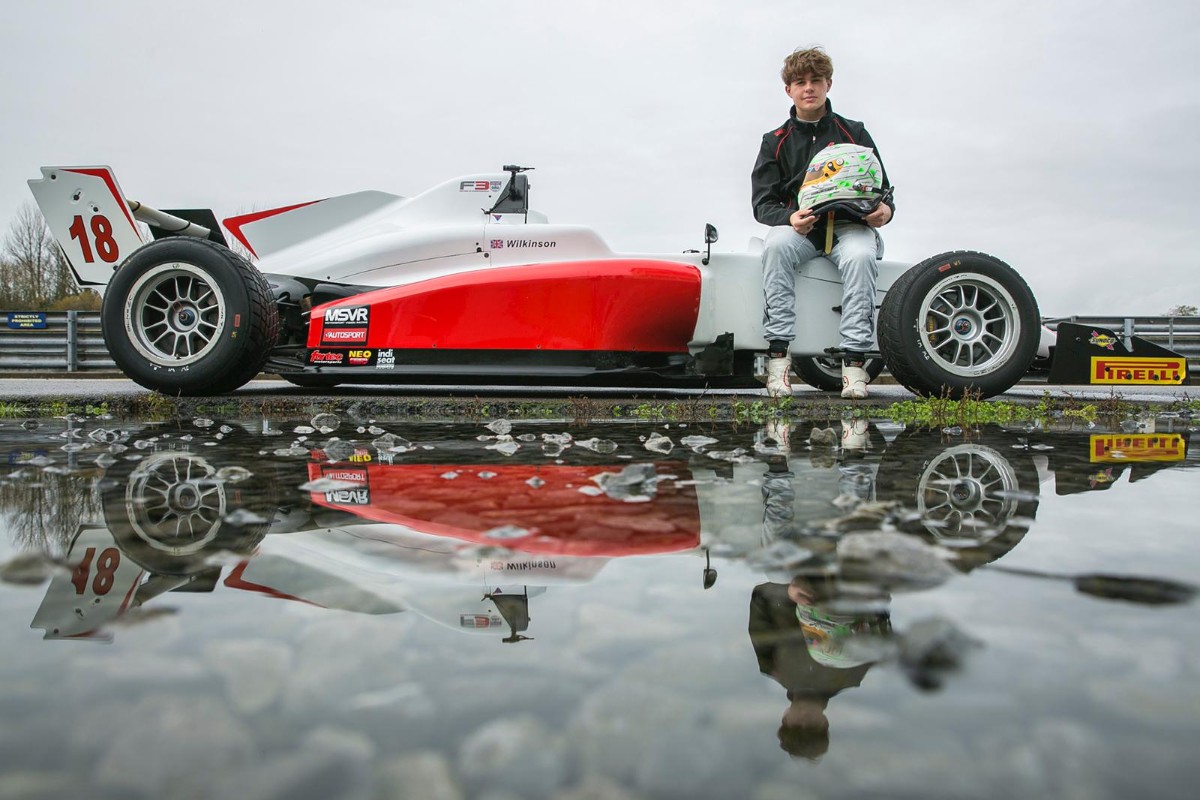 Fortec Motorsports will give a BRDC British Formula 3 debut to Ginetta GT5 Challenge frontrunner Jonny Wilkinson in the Silverstone season finale this weekend.

The 16-year-old has one weekend of single-seater experience to date, contesting the 2019 United States Formula 4 season opener with Jay Howard Driver Development and finishing his first race in eighth with fastest lap.

Wilkinson stepped up from the British karting scene at the start of 2018 and contested a part-season in Ginetta Junior with Elite Motorsport, with a best finish of fifth. In 2020 he returned to the brand in its GT5 Challenge.

“I’m really pleased to be joining the Fortec team. After testing with them last week I’m feeling confident going into this weekend at Silverstone,” said Wilkinson.

“The British F3 car was lovely to drive and, whilst it’s obviously a step up from Ginetta GT5, I feel like my previous experience in single seaters in America will help with this transition.

“I’m looking forward to seeing what we can achieve at the last round of the championship this weekend. I’d like to say a huge thank you to Ollie and Richard [Dutton] from Fortec Motorsports for giving me this opportunity, and to Phil Glew and Eddie Reynolds from Edge for linking us together.”

Wilkinson will partner Roberto Faria, who has contested the past three rounds after stepping up from British Formula 4. Fortec missed the first half of the season after Christian Olsen, who it had signed, was unable to compete.

Fortec team manager Ollie Dutton said: “We’re delighted to have Jonny join us for the final BRDC British F3 round of 2020.

“It’s been a difficult year, but we’re happy to end it in such a strong position, with two fast drivers to push each other on.

“We’re excited to see how Jonny and Roberto [Faria] work together, and hopefully have a successful weekend at Silverstone to round out the season.

“It’s such a competitive grid, but Jonny was right on the pace from the first test we had with him and we’re all looking forward to seeing him develop as the weekend progresses.

“We’re all excited for the last round. Roberto’s shown just how quickly it’s possible to come in against some of the championship’s established names and start leaving a mark, so the aim is to help Jonny emulate that. We’ve got all the ingredients there to end 2020 on a high!”