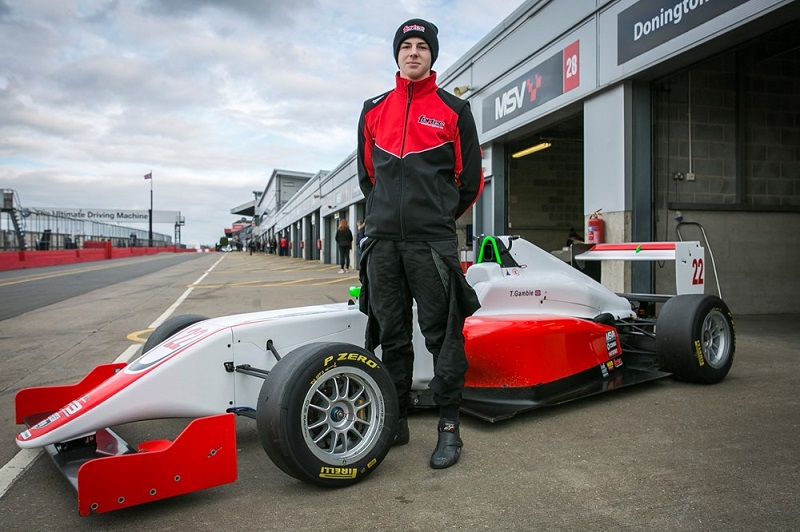 Tom Gamble, the 2017 Ginetta Junior champion, will make the step up to single-seaters in BRDC British Formula 3 this year with Fortec Motorsports.

The 16-year-old won eight times on the way to the Ginetta Junior title last season, which was interrupted by a mid-season team switch after his original team JHR Developments was handed a ban by Ginetta.

In 2016 he also competed in Ginetta Junior, but with little success, before a switch to JHR for the Winter Series brought his first podium in cars.

Before racing in Ginettas he was a successful karter, winning the?Rotax Max Wintercup Junior title in 2015, and finishing second in the Senior classification a year later.

Gamble has been testing with Fortec already, and was second fastest in the British F3 media day test.

?I?m delighted to be graduating to BRDC British F3 after last year?s fantastic season and I?m hoping to repeat this success and win back to back British championships,? said Gamble.

?I?m excited to be joining Fortec Motorsport for the 2018 season. I believe they?ll do a fantastic job and I look forward to working together [with them] throughout the season.?

Fortec managing director Jamie Dye said: ?I am delighted to have young Tom join the Fortec family in the BRDC British F3 team.

?We have been close in recent years to working together and I?m happy to finally make it a reality. Tom has proved to be a great karter and has carried that forward becoming an exceptional driver. We look forward to a successful 2018 together.?

Gamble joins Tristan Charpentier and Manuel Maldonado at the team, which will be looking to repeat the success it had with Hitech GP European F3 recruit Ben Hingeley in 2016 and ’17.