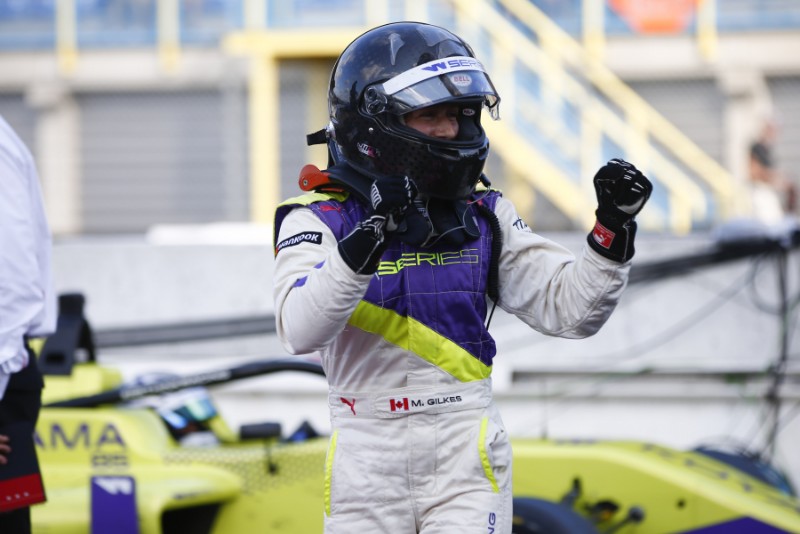 Megan Gilkes has said her unlikely success in the reversed-grid W Series race at Assen has “boosted my confidence no end” after a challenging season.

The 18-year-old, whose car racing experience mostly lies in Formula Vee,?was placed on pole for the non-championship race as a result of being last in the standings.

Her best previous results were two 14th places, and she was benched at the Norisring for underperforming. Despite this, she impressed in leading the entirety of the second Assen race, which began with a strong start.

“On the formation lap I actually made a terrible start. I was trying to lay down a bit of rubber, decided to have some traction on the real start, but I [then] thought: this is a bit of a problem if I make another start like that,” Gilkes said.

“When it came down to the real thing I actually managed to get it just right. I held on into the first corner, I didn?t even feel I needed to defend. From there I put my head down and went [for it].”

Two safety car periods reduced Gilkes’ lead to nothing, but she held on both times and only came under threat again in the last seconds of the race from ninth row starter Alice Powell.

“After the second restart I knew there would only be one or two laps left and [knew] this is going to have to be the biggest defence I?ve ever made. And it really was.

“I guarded my inside like I?ve never done before. When I saw Alice was the one behind me, I thought: oh my goodness, can I have a more experienced driver attached to my rear wing. She lost a bit of downforce going through the fast lefthander before the final chicane, and I saw a bit of a gap.

“[In my head it was]: OK, last corner, just get it right. But of course I couldn?t do that, I had to make it a bit more entertaining and I overshot going in, had a bit of oversteer through the right and the left, then Alice was alongside me and I actually initially didn?t think that I?d won.”

The gap between the pair was 0.003 seconds, with Powell admitting to celebrating just in case she had won. With no points awarded, Gilkes is still 20th in the standings, but felt she benefited from the race.

“It?s boosted my confidence no end. After yesterday’s race, I was a bit disappointed with my performance. I just didn?t feel I drove as well as I should have done.

“But after today, I can?t really say that about how I drove today. I?m really, really looking forward to Brands Hatch and hopefully putting in a good performance there.”

Sarah Bovy, who challenged Gilkes for most of the race, and Vivien Keszthelyi are set to be absent from the grid in the Brands Hatch season finale as they return to their roles as reserve drivers.