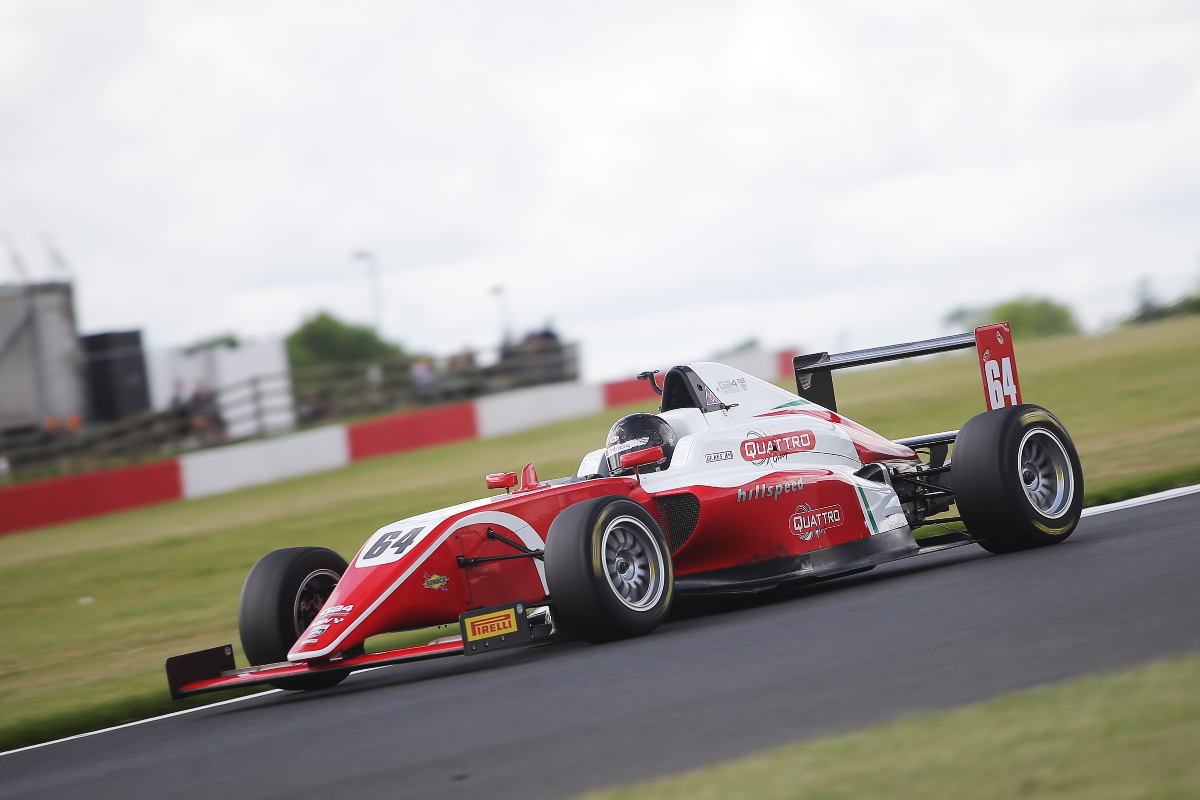 Hillspeed’s Megan Gilkes came out on top in an early battle with Nikolas Taylor to take her second GB4 victory in race two at Donington Park.

Having started from pole, Gilkes lost the lead into Redgate to Taylor, who climbed from third on the grid. Taylor’s chief title rival Alex Walker meanwhile stalled from the outside the front row before moving away in last place.

Gilkes resisted a challenge on the opening lap from Tom Mills, but soon pulled away from the Kevin Mills Racing driver and started to close in on Taylor.

Coming under increasing pressure from the former W Series racer, Taylor made a mistake into Fogarty, allowing Gilkes to snatch the lead into Melbourne.

From there, Gilkes edged clear to take a comfortable win by 4.936 seconds, while Taylor extended his points lead with second.

Elite Motorsport’s Jack Sherwood made a couple of early moves into Macleans on Hillspeed’s Max Marzorati and Mills to finish third.

An error at Coppice dropped Mills to sixth behind Marzorati, who is now up to second in the standings, and KMR’s Jarrod Waberski.