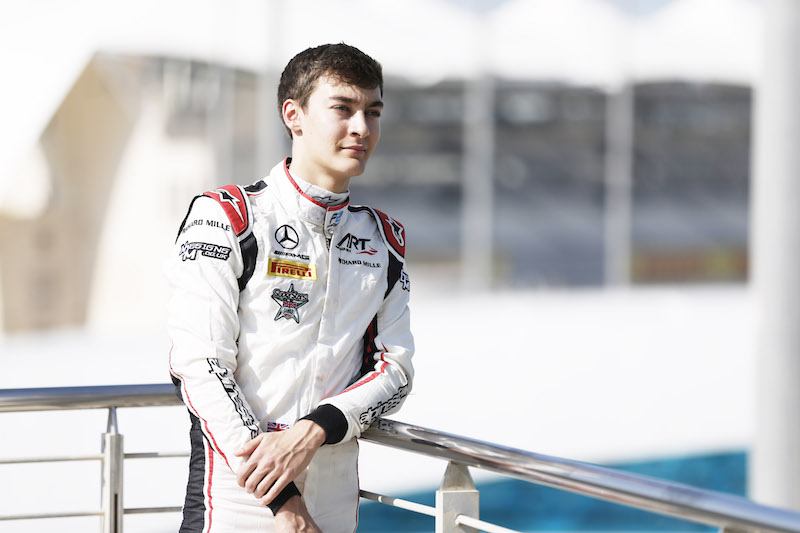 Formula 2 leader George Russell was fastest in practice ahead of the deciding round in Abu Dhabi.

The ART Grand Prix driver posted a 1m51.720s early in the session, which he ended 0.164s ahead of second-placed Antonio Fuoco of Charouz.

Luca Ghiotto was more than half a second slower than Russell in third, with Nirei Fukuzumi fourth for Arden.

Fukuzumi’s new team-mate and Macau Grand Prix winner Dan Ticktum was slowest of all in his first time in an F2 car since a pre-season run-out with DAMS, 2.5s off Russell’s pace.