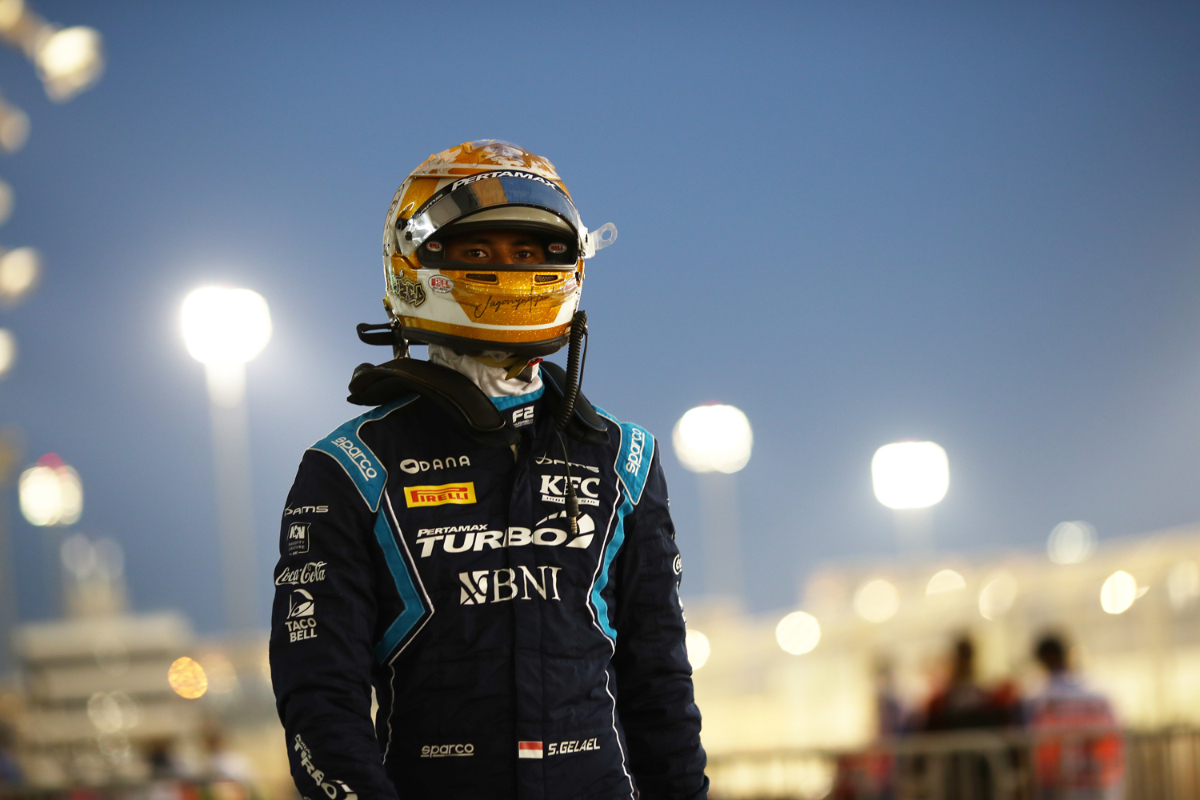 Experienced Formula 2 racer Sean Geael will contest the entirety of the World Endurance Championship this year in a Jota Sport-run LMP2 prototype sportscar.

The Indonesian has raced in F2 and its predecessor GP2 since 2015, taking two podiums in 111 starts. He is set to depart the series after a 2020 season that was ruined by engine unreliability and a crash that resulted in a broken back.

Gelael has raced in LMP2 before, having started his 2016 in the Asian Le Mans Series alongside Antonio Giovinazzi. The pair won both of the races they contested, and Gelael then appeared in WEC and the European Le Mans Series that year.

He will now team up with Formula E drivers Tom Blomqvist and Stoffel Vandoorne at Jota, and the trio will contest next month’s compacted ALMS season in the United Arab Emirates to warm up.

“So happy to announce that we will be joining the World Endurance Championship with Jota Sport alongside my brothers Stoffel and Tom,” said Gelael.

Blomqvist contested one WEC round alongside Gelael and Giovinazzi in 2016, having previously been team-mates with them two years earlier when he finished second between Esteban Ocon and Max Verstappen in the FIA European Formula 3 Championship, racing in the colours of the KFC Indonesia concern owned by Gelael’s father. More recently, the pair have sampled rallying together.

Vandoorne has never previously been a team-mate of Gelael but was sponsored by KFC Indonesia during his 2018 Formula 1 season with McLaren.

Also eyeing prototype seats in WEC this year are Louis Deletraz and Yifei Ye, who both drove for the Williams-partnered Rebellion Racing in last year’s Virtual Le Mans 24 Hours.

F2 regular Deletraz, who was also a Formula 1 reserve driver at Haas last year, was then signed by Rebellion for the real-world Le Mans and finished fourth overall.

Reigning Euroformula champion Ye will be driving for Algarve Pro Racing in the upcoming ALMS season as he struggles for budget to continue his single-seater career.