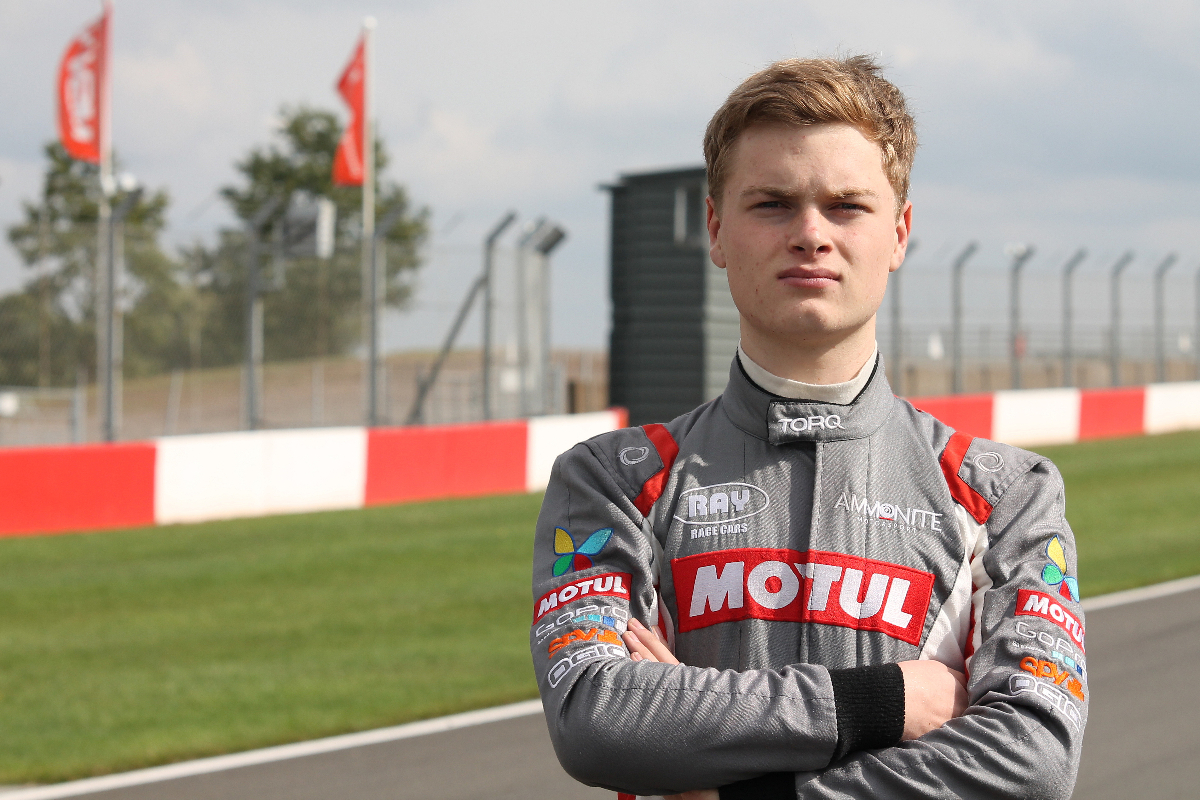 GB4 scholarship winner Colin Queen has joined Fortec Motorsports for his step up to the series in 2023.

The 17-year-old won a shootout between the top three teenagers from BRSCC National Formula Ford 1600 this year that took place at Snetterton in Fortec’s GB4 cars. It earned him £20,000 to be put towards a season in MotorSport Vision’s Formula 4 series.

After several years spent in karts in America, Queen was eighth in the standings for Low Dempsey Racing in his first National FF1600 season in 2021 and runner-up with the team under its new name of Ammonite Motorsport this year, winning four races and the Triple Crown. He also won twice in United FFord, finishing third in the championship after skipping the final round.

He is Fortec’s first signing for GB4’s sophomore season, with the team having taken Nikolas Taylor to the title this year.

“Since winning the shootout it’s been my target to finalise my place on the grid in GB4, and I couldn’t be happier that’s it’s coming with Fortec,” said Queen.

“Having worked together on a few occasions since the shootout, I knew this was the team I wanted to be with for next year, and I’m happy that we’ve been able to finalise this so quickly. They won the title with Nikolas last year, and I am working hard to be able to replicate that level of success with the team in 2023.”

Queen is the third GB4 driver to be confirmed for 2023, with fellow American Jeremy Fairbairn signing for Kevin Mills Racing and Liam McNeilly racing for Fox Motorsport, which this week took delivery of its cars from Van Amersfoort Racing.

“We’ve seen so much promise from Colin on the occasions he’s been in the car, and we’re very pleased that he’s chosen to race with us in GB4 next year,” said Fortec’s team manager Oliver Dutton.

“He’s shown what he’s capable of in his short career so far, and we think we can help to push him on to the next level. We’re looking forward to getting back to work with him when testing recommences in the new year, as we look to defend our title.”