GB4 begins at Snetterton with victory for Fortec’s Taylor 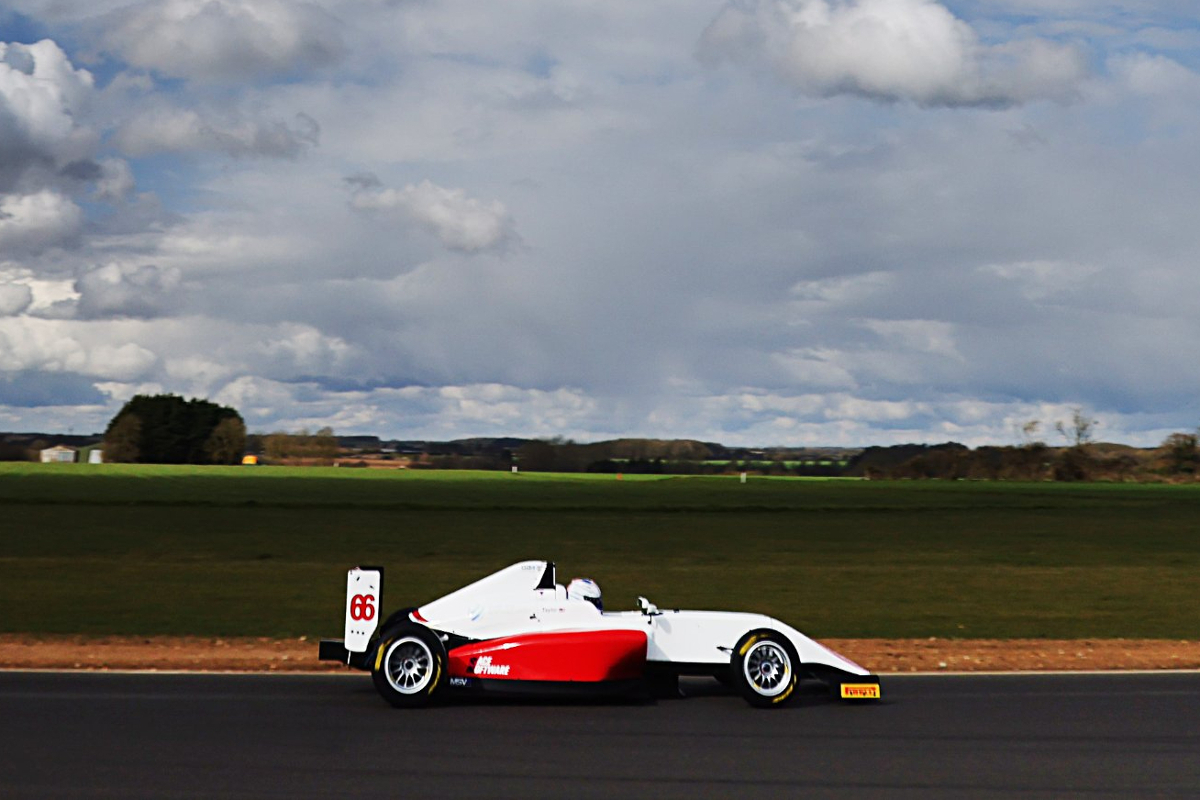 Fortec Motorsports’ Nikolas Taylor has won the first ever race of the new GB4 championship, taking a lights-to-flag victory at Snetterton.

Taylor finished nearly four seconds ahead of Elite Motorsport’s Alex Walker, who also finished in the position he started from.

Poleman Taylor locked up into the first corner at the start of the race, but he was able to hold the lead despite coming under pressure from a fast-starting Tom Mills and Walker behind.

He then started to pull away, building a gap of nearly three seconds by lap six of 10, and maintained that gap with a strong pace though the rest of the race.

The cool weather conditions meant that the drivers who were able to warm their tyres effectively on the formation lap gained the advantage in the opening laps, and contributed to Kevin Mills Racing driver Mills’ rapid start to pass Walker.

Waberski fell back to sixth in the following laps, but later was able to put Fortec’s Elias Adestam under pressure. He regained one place, then hunted down Hillspeed’s Max Marzorati to try to reclaim fourth but came 0.152s short in a drag race to the chequered flag.

On lap eight Adestam locked up in a simlar fashion to Taylor had on the opening lap, and that led to him being hounded at the end by Hillspeed’s Megan Gilkes.

Graham Brunton Racing’s Chloe Grant made early progress from the bottom of the grid, but couldn’t maintain the advantage over those around her and was passed by Gilkes and then team-mate Logan Hannah to finish 11th.

Rossoverde Racing made its single-seater return with Christian Lester, who finished a distant 12th place.