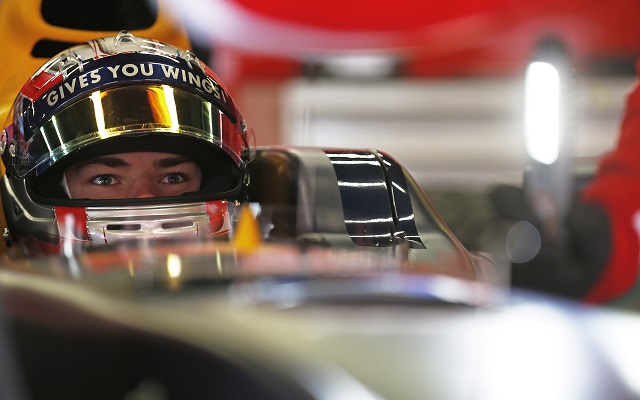 The sophomore GP2 driver showed strong pace throughout the three days, having set the pace on Day 2 and 3 respectively after being second on the opening day.

Gasly was two tenths quicker than fellow Frenchman Norman Nato in the morning, the latter stealing second from Antonio Giovinazzi.

Giovinazzi, Gasly’s teammate at Prema, became the top rookie of the day with a time of 1m27.755s, which he set before stopping on track and causing a red flag.

DAMS driver Alex Lynn and Trident’s Luca Ghiotto completed the top five with Daniel De Jong being the last driver to dip below the 1m28s barrier in sixth.

The Dutchman finished ahead of Mitch Evans and Nicholas Latifi, while Jordan King and Sergey Sirotkin set identical times in ninth and 10th.

The Russian’s day was cut short after he spun into the gravel at turn 1 but still managed to run 20 laps.

Gustav Malja and Jimmy Eriksson formed a Swedish 1-2 in the afternoon, beating Artem Markelov, leader for most of the session.

There was an even bigger gap of 1.3s behind the Dutchman as Nabil Jeffri, Lynn and Rene Binder completed the top 10.

Similarly to the earlier?one, the afternoon session was also interrupted by two red flag, caused by Van Buuren stopping and small contact between Raffaele Marciello and Binder.