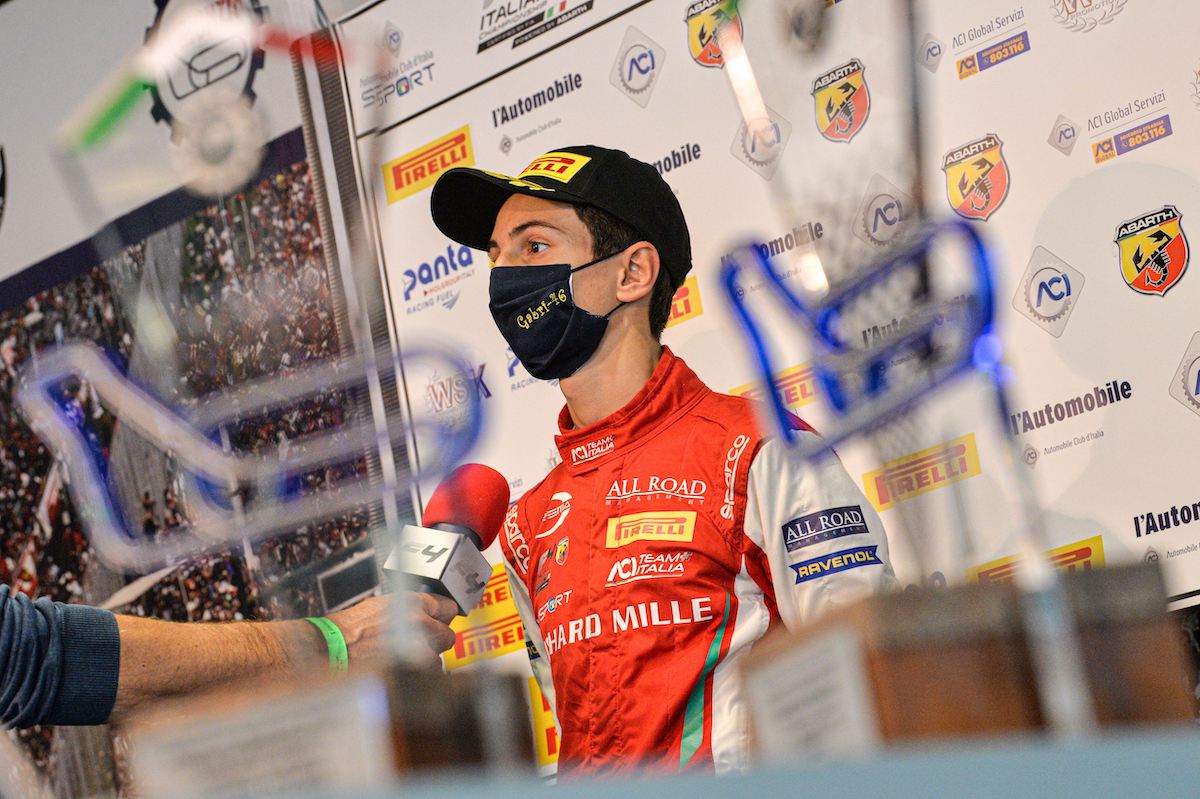 Italian Formula 4 champion Gabriele Mini has signed with ART Grand Prix for the step up to the Formula Regional European Championship by Alpine.

Mini won the Italian F4 title in his rookie season of single-seater racing in 2020, driving for Prema.

The Sicilian teenager joined up with his new team for testing with the Regional Formula 3 car in December. His manager Nicolas Todt co-founded ART with Frederic Vasseur, but no longer has a role with the company.

“I’m extremely happy to be joining ART Grand Prix for the 2021 season in the very highly rated Formula Regional by Alpine Championship,” he said.

“ART Grand Prix is a very successful team and I felt good with them right from my very first test at the Paul Ricard circuit last December.

“I’m aware that stepping up from F4 to F Regional won’t be easy but I also know that I am in good hands as I will be able to learn a lot and benefit from the huge experience this team has.

“I would like to thank the team for its trust in me, my management company All Road Management, my sponsors and the Italian federation for their continuous support. I’m looking forward to getting back in the car and to working hard to achieve strong results.”

ART announced another highly-rated F4 graduate Thomas ten Brinke as the first driver for its FREC line-up on Wednesday.

“Gabriele is one of the most prominent young drivers in recent years, as evidenced by his track record in karting,” team boss Sebastien Philippe said.

“His debut in single-seaters has been just as successful and ART Grand Prix was keen to work with him in this new championship, which will be very competitive.”