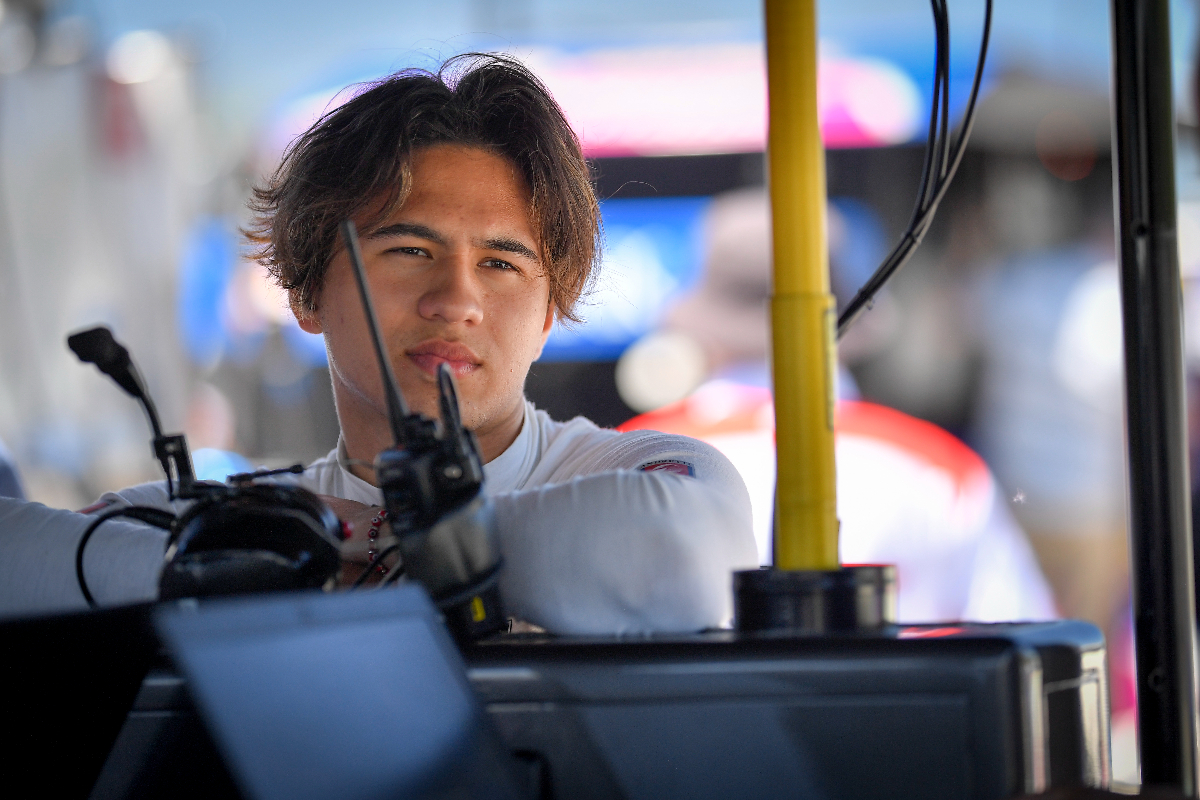 Andretti Autosport’s Danial Frost followed up his rapid Road America pace by going fastest on day one of Indy Lights running at Mid-Ohio.

Two test sessions were run on Thursday for the series, although only six laps in total were completed in the morning session, and Carlin with Jay Howard Driver Development’s Alex Peroni set three of those with his fastest being a 1m22.5161s.

Juncos Racing’s Toby Sowery and Sting Ray Robb only did one flying lap each and were 15 seconds off the pace, while Pserra Racing’s Antonio Serravalle made an exploratory effort at a very slow before returning to the pits.

A few other drivers headed out on track but never crossed the timing beam so start a timed lap.

Andretti Steinbrenner Autosport’s Devlin DeFrancesco put this lack of running down to pre-session rain, while stablemate Kyle Kirkwood described the track condition as terrible, and the series told Formula Scout that drivers were staying in the pits to preserve their tyres.

Not only did drivers head out in the afternoon, but immediately at a pace that was seven seconds faster too. Global Racing Group with HMD Motorsports’ Benjamin Pedersen was initally the driver on top, but Andretti’s Kyle Kirkwood knocked three second off Pedersen’s benchmark to be the leader going into the final hour of the day’s running.

The Juncos drivers hadn’t set a lap at this point, but once they did leave the pits they weren’t far off the pace.

Frost soon emerged as the driver who could get closest to Kirkwood’s pace, but still half a second off the only driver to lap sub-1m13s. That changed in the final five minutes as HMD’s David Malukas set a 1m12.9582s to go second fastest, and then Frost set a 1m12.5725s to usurp Kirkwood by three tenths.

Behind that trio was Robert Megennis (Andretti) and late improver Devlin DeFrancesco, with GRG pair Linus Lundqvist and Pedersen also within a second of the pace.