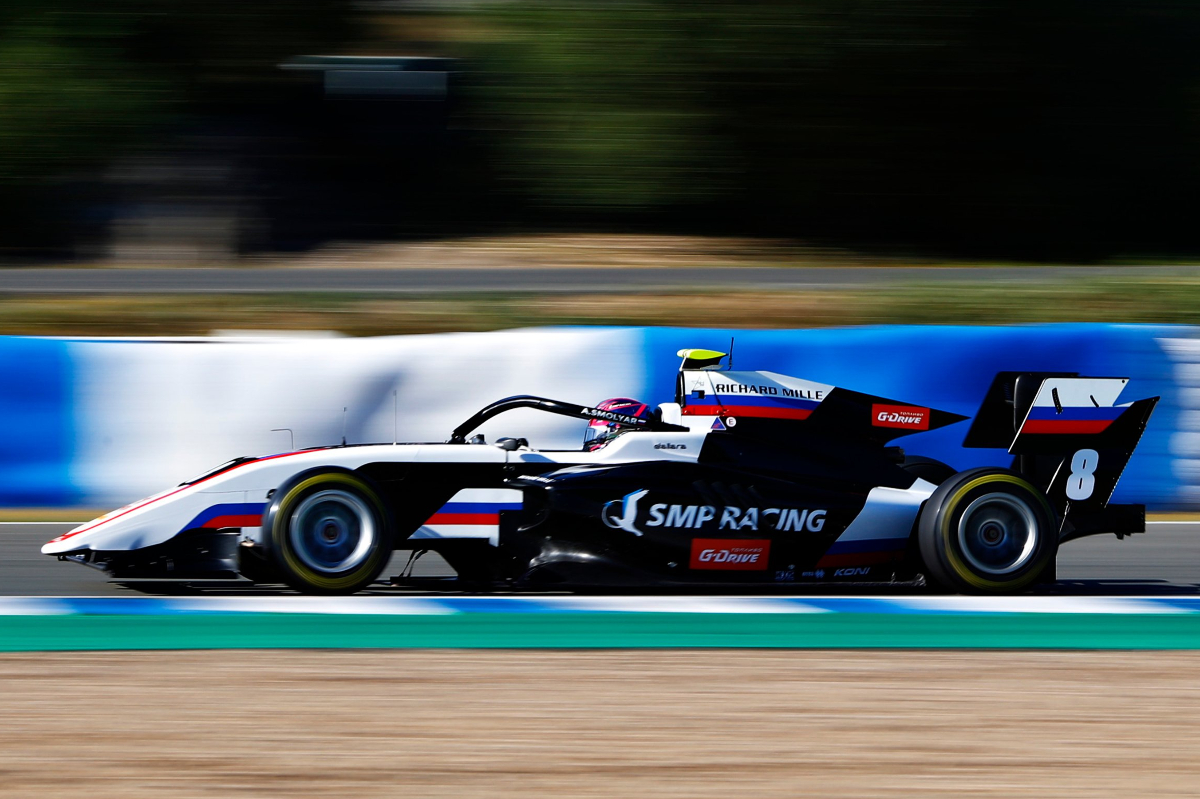 ART Grand Prix’s Alexander Smolyar has admitted that he is unhappy with his FIA Formula 3 Championship season, despite winning at both of the first two rounds.

The SMP Racing junior won the opening race of 2021 at Barcelona after a couple of near-misses during his rookie season in 2020, and followed that up with victory in a chaotic opening race at Paul Ricard to place fifth in the standings.

He is 26 points behind championship leader Prema’s Dennis Hauger, but is the highest-placed ART GP driver ahead of Frederik Vesti and Juan Manuel Correa, and his approach has changed from last year as he feels he needs more performance.

“For me, compared to last season, I did change the approach completely because I’m trying to make the races much more consistent,” Smolyar said to Formula Scout ahead of the Red Bull Ring round.

“I think [2020 FIA F3 champion] Oscar Piastri showed it really well last year that you have to try to finish high and finish the race, every race.

“So I’m trying to do this, and I’m not really happy with the two rounds I’ve had. I had some good races, but I’m struggling a lot right now with the qualifying and [changing] that’s my main goal.

“For sure, to win two races is great but my main goal now is to get even more points and to do it you have to win race three, where the most points are, so the qualifying now is the main goal.”

Smolyar qualified 11th at Barcelona, which poised him to take victory in the first reversed grid race, and qualified seventh at Paul Ricard while team-mate Vesti took pole.

“In Barcelona, basically the DRS was not working, and I think I had the pace. But in Paul Ricard it was completely different, I actually didn’t have the pace in qualifying, which obviously is my fault,” Smolyar explained.

“My sector three was really weak and I think the fact that the wind changed and also the fact that last time that I drove on this track was in a completely different [Regional F3] car, I think my approach was not right to this weekend.

“And even though after qualifying we found the problem and corrected it, and obviously looking at the race pace was good. But still sector three was the problem. Also, looking at the data I lost around two tenths just not having a tow and not being in the slipstream.

“Actually Fred was in front of me, and I was trying to be behind him, but for some reason I missed a few seconds and didn’t have the slipstream. Here, at the Red Bull Ring, it’s really important because you have three long straights.”

The Russian’s finish from the four races at the Austrian circuit in 2020 was seventh, but he’s now more confident.

“It’s just to align the lap and find a good slipstream, and when everything works you get the pole. I will try to do this this weeked.”