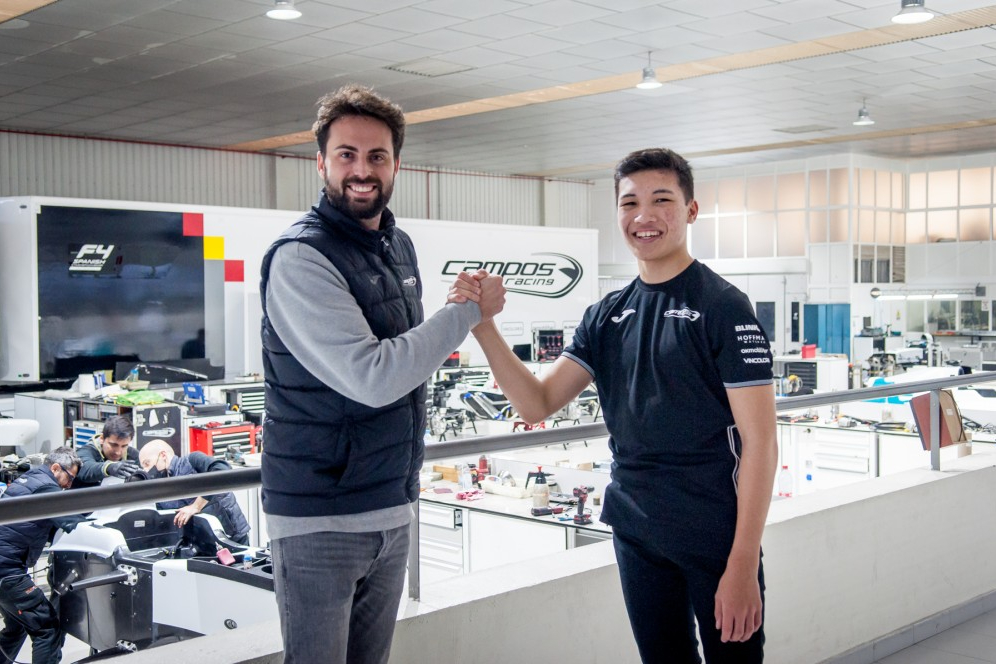 Hugh Barter has joined Campos Racing for an attack on the Spanish Formula 4 championship, in addition to returning to French F4 where he was runner-up last year.

The 16-year-old Australian claimed two victories in France last year, the first coming in just his third race in cars, having landed his seat in the series by winning the Richard Mille Young Talent Academy shootout.

Japan-born Barter will team up with Filip Jenic and George Kelstrup at Campos, which entered F4 for the first time last year and took its drivers to second and third in the standings.

“I feel extremely excited and honoured to join such a prestigious and well known team,” said Barter. “We will be giving it our all this year to come home with the championship title.”

Before single-seaters, Barter raced in the Australian Karting Championship in its Junior-level AK4 category.

Campos’s sporting director Adrian Campos Jr said: “It’s such a pleasure to have a vastly experienced F4 driver as Hugh, who was vice-champion in the French series last year. Our goal is to improve that result working together.”

While there are no calendar clashes between French and Spanish F4 in 2022, and both will race at Spa Francorchamps and Valencia’s Ricardo Tormo circuit, Barter will have to get used to two different chassis and engine combinations.