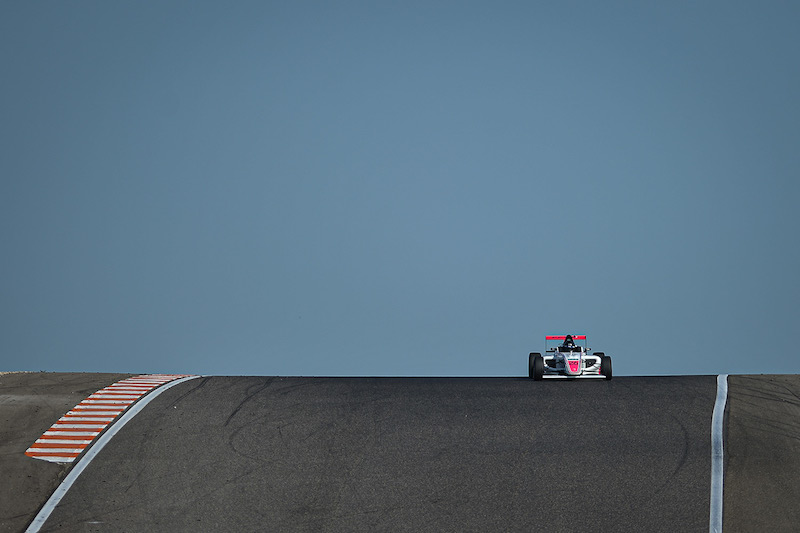 French Formula 4 has revealed a brand new calendar after multiple delays and cancellations due to the global coronavirus pandemic disrupted its original schedule.

The 2020 season will now start at Nogaro on August 22/23, over four months after its original planned date, with round two taking place at Magny-Cours on September 12/13 as expected. Organisers had already postponed the Nogaro round to July in a decision last month, but the FFSA Academy shortly after decided to remain shut until the start of August.

The visit to the Hungaroring also retains its September 26/27 slot, and Paul Ricard will now mark the middle of the season on October 3/4.

Euroformula’s postponed Spa-Francorchamps round will include French F4 as a support on October 17/18, while the round at Ledenon has been moved from June to November 7/8. The Bugatti layout at Le Mans 24 Hours venue Circuit de la Sarthe will hold the season finale on November 14/15.

The support slot at the Pau Grand Prix is not on the new calendar, and Formula Scout understands that the street circuit will not hold its famous race this year.

Karting graduate Romain Leroux has become the latest driver to commit to racing in the series.

While France has been one of the strictest on restrictive measures to control the spread of COVID-19, the Netherlands has gone further in placing a ban on major sport events until the end of August.

This means any rescheduling of the Dutch Grand Prix at Zandvoort and its Formula 2 and FIA Formula 3 Championship supports will need to take place after then, and also puts Formula Renault Eurocup and ADAC F4 races before the end of lockdown under threat.

Renault Sport already has a contingency plan in place for its regional F3 series now that its June trip to Zandvoort is off, with the season opening round set to take place prior to the first currently scheduled event at the Nurburgring in September.

ADAC F4 supports ADAC GT Masters, and has confirmed to Formula Scout that it will follow the sportscar series’ actions following the need to call off its round at Zandvoort in August.

The strange story of the support series that supported itself