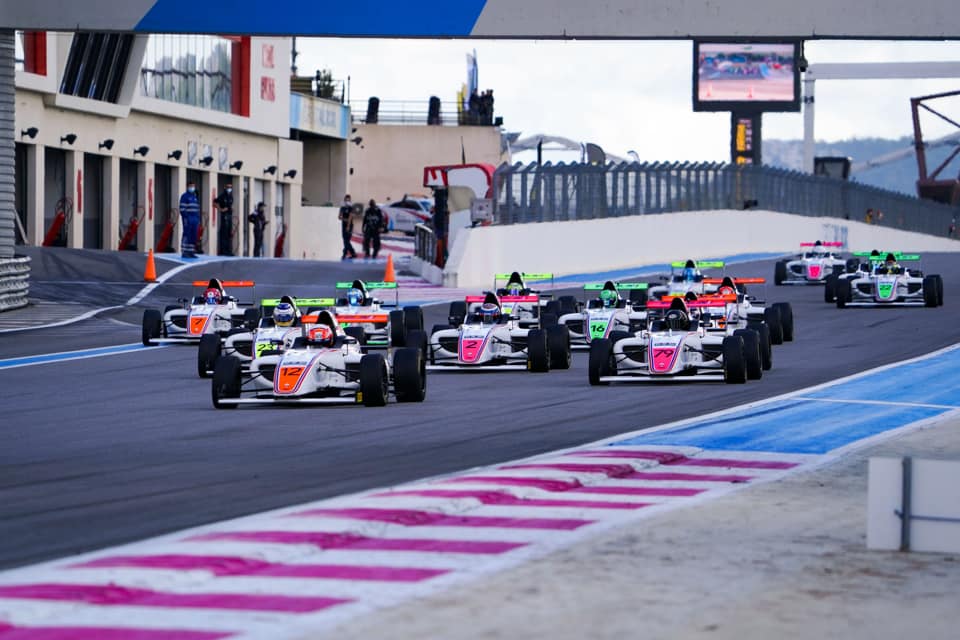 French Formula 4 has revealed a 15-car grid for its Nogaro season opener next month, with Owen Tangavelou the top returnee.

None of last year’s top 10 return to the series, and it’s the three drivers who propped up the points in 2020 – Tangavelou, Daniel Ligier and Noah Andy – who will be the most experienced on the grid.

Esteban Masson, who has appeared as a guest driver in the past, is the only other driver with French F4 experience signed up to race this season.

Also coming from karting, but with greater F4 test experience is France’s Pierre-Alexandre Provost, Poland’s Adam Szydlowski and Thailand’s Sutumno Thanapongpan, who moved into shifter karts at the start of this year under the coaching of 2020 French F4 racer Marijn Kremers.

There will be a pre-event test at Nogaro on April 2, before the three-race weekend gets underway the next day. Drivers are also expected to be testing at Le Mans on March 25.

The series had planned to support the French Grand Prix in June, but that was dropped from the revised calendar and a second round at Magny-Cours in October was added instead.