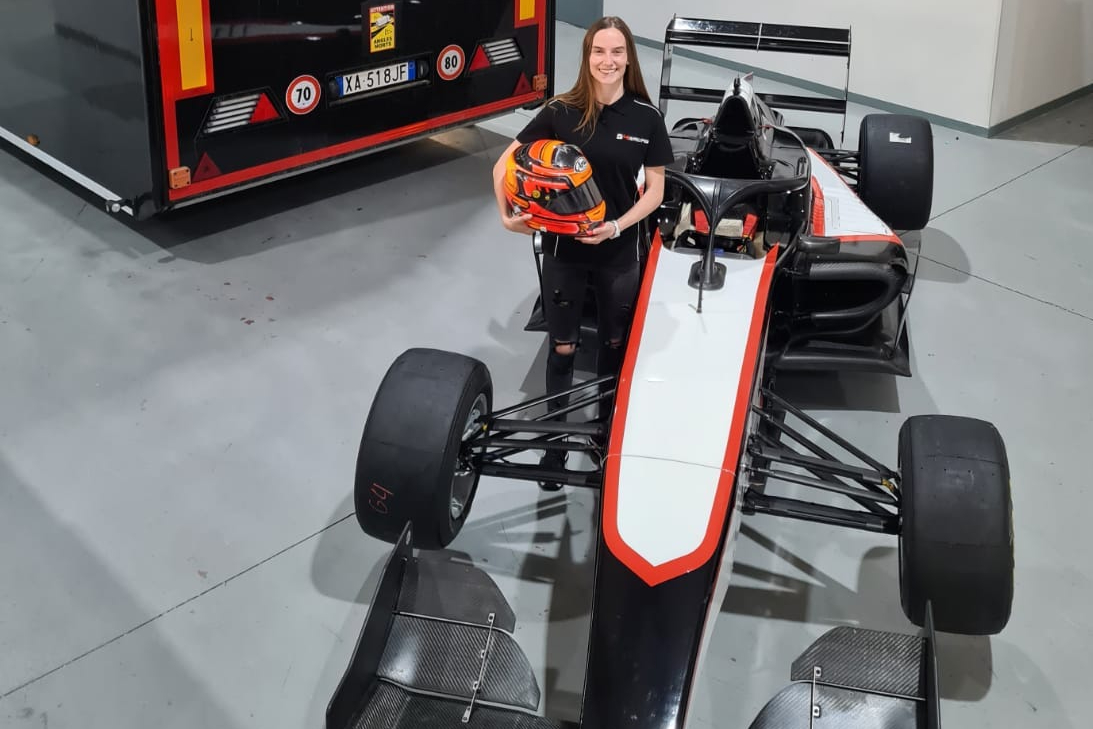 Belen Garcia will race part-time in Formula Regional European Championship by Alpine this year in addition to W Series as she steps up to Regional Formula 3.

The Spanish Formula 4 race-winner will drive for G4 Racing in FREC for at least the first two rounds of the season at Imola and Barcelona, both supporting Formula 1. At present, the only calendar clash would be the series’ respective season finales.

Garcia was supposed to debut in W Series in 2020 after representing Spain in the Motorsport Games F4 Cup and coming 14th in Spanish F4 in 2019, but W Series opted not to race during the onset of the COVID-19 pandemic.

“It is a pleasure to announce that I will join G4 Racing for the first rounds of the Formula Regional European Championship by Alpine,” said Garcia.

“I am confident that this will be the best preparation for the W Series, and I will make the most of it.”

“I am delighted to confirm Belen Garcia as a driver for our new FREC by Alpine team,” Munoz said.

“Unfortunately, due to her full-time commitment to W Series, she will be with us only on a part-time basis.

“I have known Belen since she started with single-seaters in F4. I am convinced that she will show the same talent and professionalism and adapt quickly to the car and team.”

Nerea Marti, who will also be debuting in W Series and raced against Garcia in Spanish F4, has been undergoing a private test programme with Global Racing Service in the same Tatuus T-318 car that FREC and W Series use as she also tries to boost her W Series chances against the more experienced drivers returning from the inaugural 2019 season.