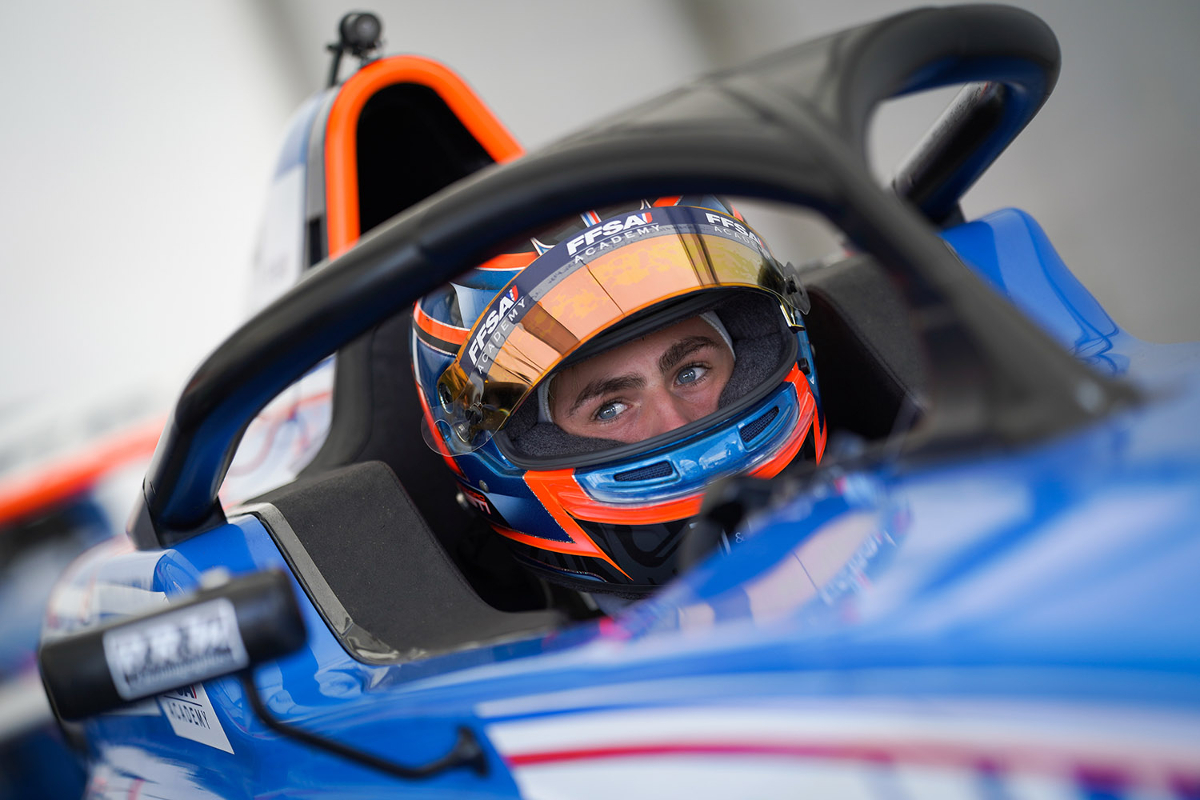 Reigning French Formula 4 champion Alessandro Giusti has secured a move up to Formula Regional Europe with G4 Racing for 2023.

The teenager won the French F4 Junior title in 2021 as a car racing rookie, stepping up from the country’s junior karting scene, and came sixth overall in the championship with two race wins and a pole position.

In 2022 there were two further wins and six consecutively gained poles in the final three rounds of the season, enough for him to overcome Hugh Barter to be overall series champion. In the first four rounds his best finish had been a single second place.

“I am very happy to join FREC with G4 Racing, and I’m very excited to start the season. The people working in the team are very motivated and serious,” said Giusti.

“The car felt very good in testing, we have some improvements to do, but after that we can chase some good results. Thanks to FFSA and the French F4 championship for making me improve in the last couple of years, now I’m ready to step up.”

G4’s sporting and technical manager Adrian Munoz added: “I am delighted to confirm Alessandro as our first driver for the 2023 FREC season. We have been following him since last year, and we were really impressed by his performance and ability to dominate the French F4 championship against much more experienced drivers.

“In the last few years, FFSA created a perfect environment to give many young drivers their first opportunity in single-seaters, with a good amount of them successfully making the following steps of the FIA ladder.”