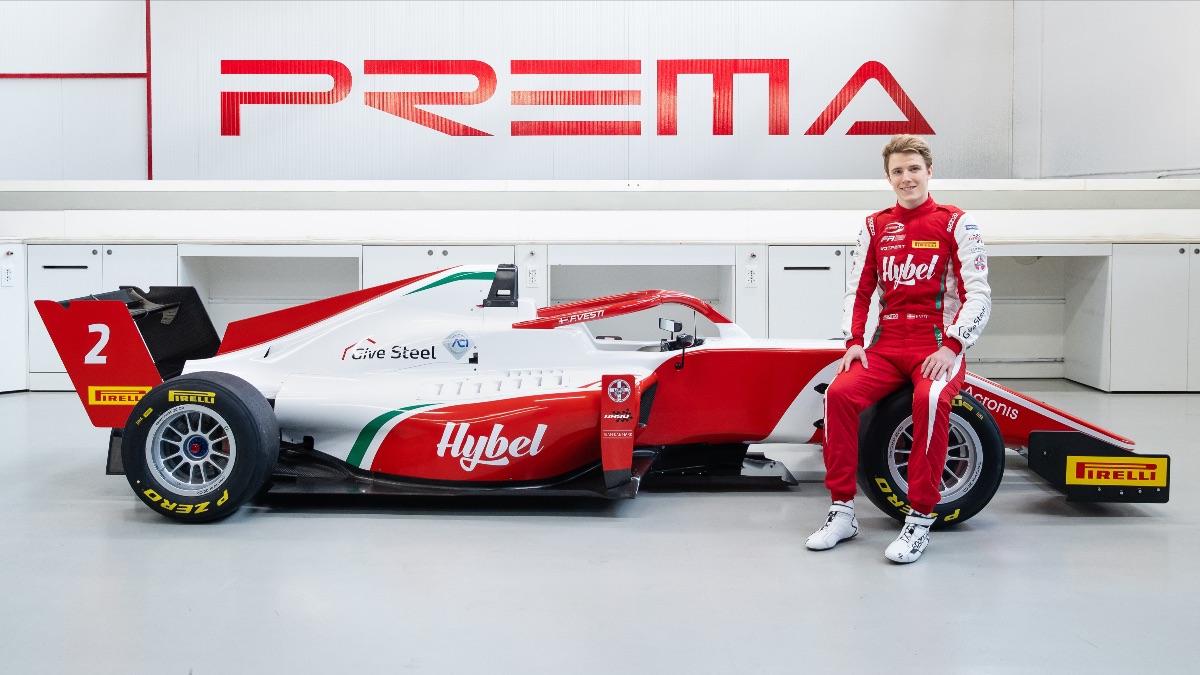 Vesti, who finished runner up in the 2017 Danish F4 championship, spent 2018 competing at the sharp end of the field in the German and Italian F4 championships with Van Amersfoort Racing. He took four F4 wins last season before making the step up to Formula 3 in the final round of the European championship and the Macau Grand Prix.

He will now switch to Prema for the inaugural Formula Regional European Championship, racing alongside F4 rivals Olli Caldwell and Enzo Fittipaldi.

?I am thrilled to join Prema Powerteam and I really think this move can boost my career,? he said. ?I am confident that the team will be able to challenge me in a way that can take me to a new level.

?In addition, I always thought of Prema as a team with a rare spirit. It only took me a few days to feel that spirit myself. It is all down to a very special bonding between the management and drivers because of the management putting an admirable effort into each driver.

“I am also excited to drive in the new Formula Regional European Championship which I believe is the right step at this stage for me. I want to thank my sponsors, who have given me the opportunity to start a new chapter in my career. I cannot wait to push my new car to the absolute limit. It is lots of fun and so challenging to drive.?

Team boss Angelo Rosin added: ?Frederik is a very interesting prospect. We kept an eye on him over the last couple of seasons and he always impressed us for his speed and consistency.

?It is an exciting time for our team, starting a brand-new championship with three talented youngsters. With our hard-working approach and such a promising combination, we are confidently looking forward to the 2019 season as we are facing the new challenge, determined to continue our positive run of form in junior single-seaters.?

The Formula Regional European Championship begins at Paul Ricard in April, where the championship will be supporting the European Le Mans Series.