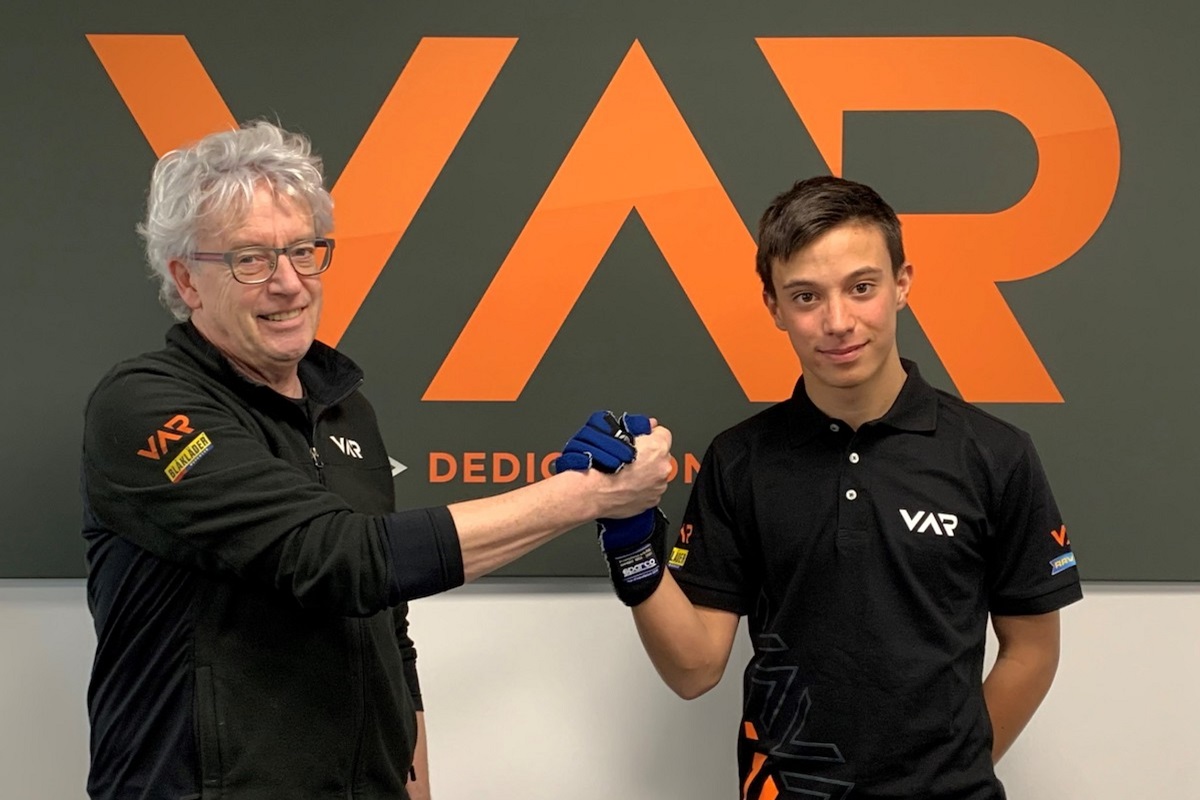 The 15-year-old Italian graduated from KZ and OK karts two months ago to race in F4 UAE, and went unbeaten in his first four races in single-seaters. He added another four wins, three poles and five fastest laps on the way to the title with Xcel Motorsport.

For the rest of the year he will concentrate primarily on an Italian F4 campaign with VAR, as well as several ADAC F4 rounds with the team.

?Only one week ago I lived the highlight of my career by becoming an F4 champion in my rookie year. Now I am packing my bags to join Van Amersfoort Racing in Italian F4, plus some rounds of the German F4 championship.

“Becoming champion has given me an incredible boost for the new season. I am very well aware that the competition will be fierce, but I am ready and extremely motivated to be successful. I have huge confidence in VAR. They?ve paved the road for so many greats in the sport and being part of this team only motivates me more!?

Pizzi’s full-time team-mates in both championships will be Red Bull juniors Jak Crawford and Jonny Edgar. They have now been guaranteed full campaigns in both series after ADAC F4’s clashing season finale changed date and location, although the Italian F4 calendar in particular is under threat from the spread of Wuhan novel coronavirus.