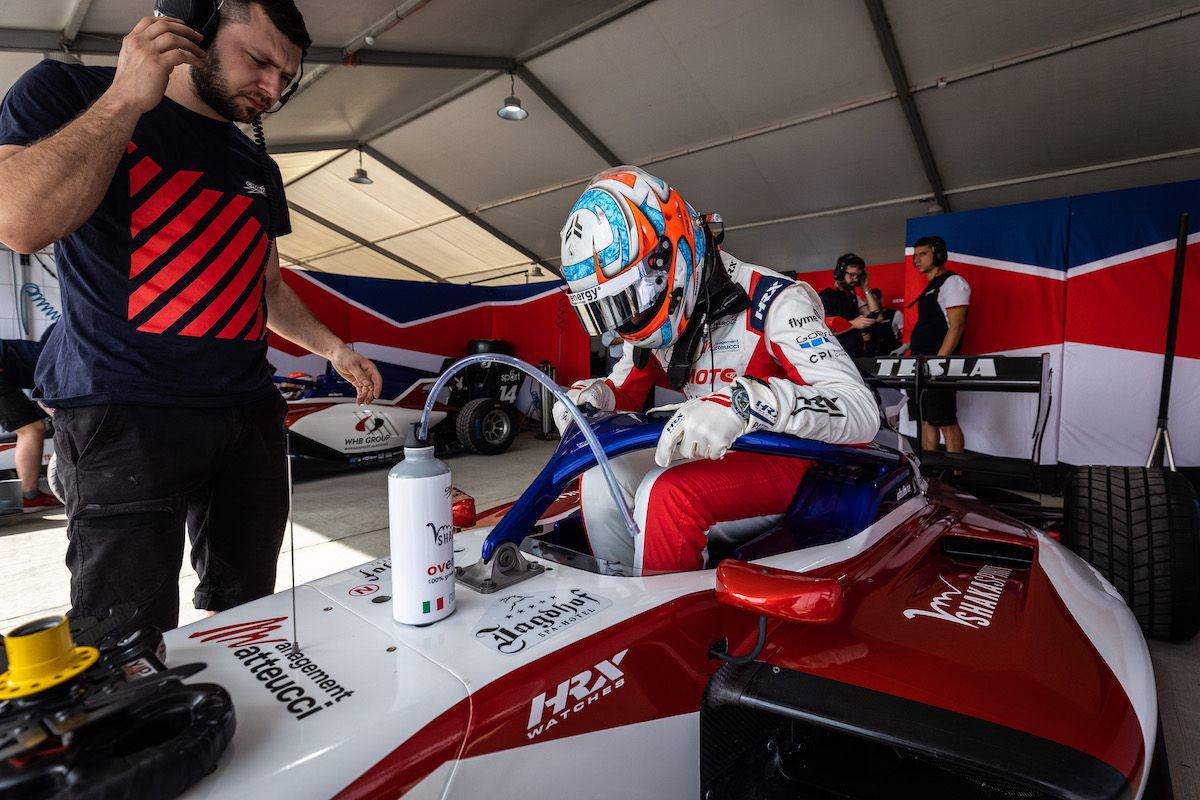 Francesco Pizzi will not embark on a second season in FIA Formula 3 for 2023, instead moving his career to the United States to race in USF Pro 2000.

The 18-year-old Italian started his single-seater career by winning the 2020 Formula 4 United Arab Emirates title with Xcel Motorsport, then joined Van Amersfoort Racing and was 11th in a part-time ADAC F4 campaign and Italian F4 runner-up.

He stayed with the team for his sophomore year in cars, stepping up to Formula Regional Europe where he came 20th in the standings. For 2022 he chose to take another step by joining Charouz Racing System in FIA F3, and scored just once.

Although he drove for Campos Racing in post-season testing, Pizzi had an eye on America and got his first USFP2000 taste with Jay Howard Driver Development in the series’ official post-season test. He has now signed to race there with TJ Speed.

“It is great to finally know where I will race in 2023, and I could not be more excited. After a few tests with a couple of different programmes in the USA, we have chosen TJ Speed in our quest for the title.

“I look forward to hitting the ground running with additional tests in January, and I can’t wait to get started.”

“I’m looking forward to the new challenges that North America brings. My goal is to be an IndyCar driver so 2023 will give me the opportunity to learn the series, the tracks, and my competition and to be able to do this with TJ Speed gives us a great chance at earning race wins, podium results, and the championship.”

“Francesco tested with us and despite not knowing the equipment or track, performed very well. We feel that he will be an instant championship contender, and we hope that we can help him not only win but progress up the motorsports ladder here in North America.”

TJ Speed will be making another driver announcement next week for one of its squads on the IndyCar support bill.