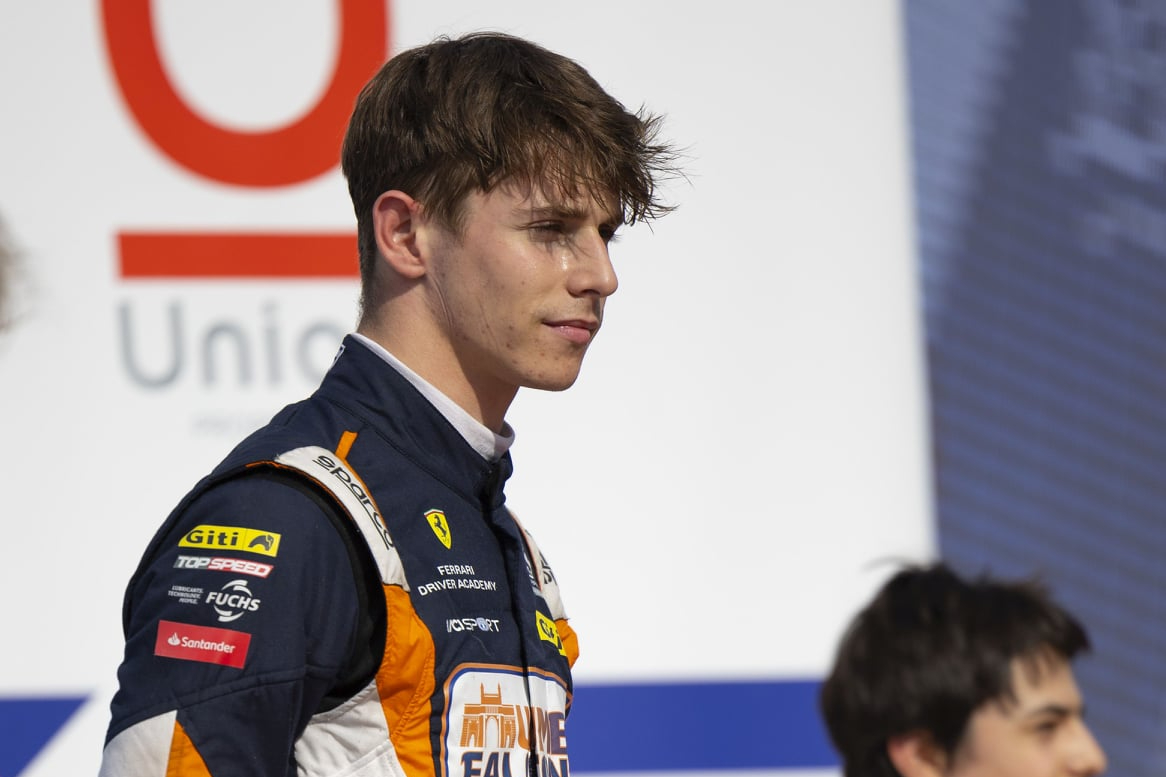 Arthur Leclerc has discussed how he used winter to prepare for his second season in FIA Formula 3, having won the Formula Regional Asian Championship title last month.

The Ferrari junior raced for Mumbai Falcons in FRAC, an operation containing the technical infrastructure of Prema – the team he has raced for since 2020 – but under Indian leadership.

He won four races in the five-round season, before returning to Prema colours for this week’s pre-season F3 test. Leclerc came 10th in F3 last year.

“I worked with my engineer Carlo [Cristofori in FRAC], who worked with me as well last year,” Leclerc told Formula Scout.

“We will do this season together in F3. Of course I knew him already so the relationship is already really close and to have done FRAC and won it together is a good way to start for F3.”

For FRAC rounds three and four on Dubai Autodrome’s Grand Prix layout he was engineered by Pedro Matos, and it was a return to FRegional for both as Matos ran Frederik Vesti to the 2019 European title and Leclerc came second there in 2020.

“The car is completely different to F3. The tyres as well, so it wasn’t easy in the very beginning to understand fully the car and the tyres but we worked really hard with the team to quickly get up to speed,” Leclerc added.

“Even though the cars are not the same, it’s still a race weekend with qualifying and races, so we really worked on how to approach the weekend, and reflect the speed we had each race and it paid off, so it was a good preparation for F3.

“What I liked in Mumbai Falcons, and it’s the same with Prema, is they really love the sport and you can clearly see it’s a passion for them. Every session they were on it, and this determination and passion at the same time is not something you feel everywhere.”

“First I really appreciate them, there is a really good atmosphere in the team and that’s putting everyone in good condition to work. Other than that, they are really strong drivers.

“The top 10 of the F3 grid I think it will be really close this season. Teams are getting closer and closer each year and all the drivers have a really good background so it will be interesting.”

“It’s not the same car [as F3], but it’s always good to learn and drive. But in my case, we found it more useful [this year] to do a championship with race weekends to prepare.

“At the end of last year we did a comparison with other drivers on the grid and we were one with the least races in single-seaters, so we found it more interesting to put our focus on race weekends than testing alone with GP3.”