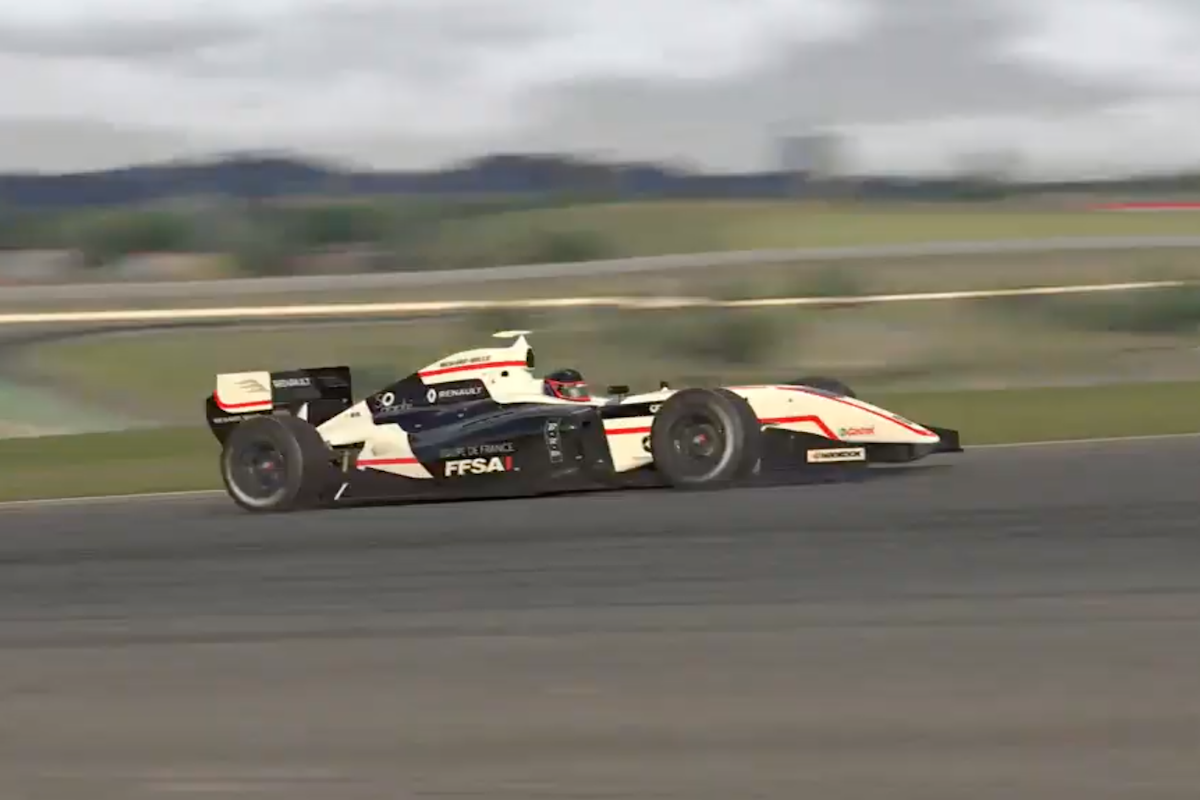 A poor start by Bolukbasi immediately promoted Martins to second, while the bottom half of the grid got involved in a violent crash.

Martins sat in Donoso’s slipstream until making the most of the Dallara T12’s Drag Reduction System to pass down the pit straight at the end of lap five of 19.

An error a few laps later allowed Donoso to come back at him, but he ended up making contact and was overtaken by Bolukbasi. Another unforced mistake from Martins, in which he cut across the Turn 3 grass and then earned one of iRacing’s slowdown penalties, promoted Bolukbasi to the lead at half-distance.

Bolukbasi turned up the pace once ahead, but then had his race ruined when he struck the near-stationary lapped car of JD Motorsport’s Tommy Smith at the semi-blind Turn 5. The damage to his car cost him six places before he chose to pit.

He was fastest once again after getting repairs, taking fastest lap back from Martins. A snap of oversteer for Martins on the penultimate lap ended up being critical, as it broke the slipstream enough for Donoso to win by 0.322s.

Bhaitech’s Lorenzo Colombo charged up the order from 11th on the grid and only just came short of stealing third from ART’s Gregoire Saucy, and ahead of the Dutch trio of Bent Viscaal (MP Motorsport), Beitske Visser (M2) and Joey Alders (JD).

Donoso was pipped to pole by Bolukbasi for race two, but the Turk made an awful start again due to his button-activated clutch. It sent him down the order, and contact later on put him into retirement.

It took longer for Donoso to face a challenge up front, but he worked through his tyres quickly. Colombo consistently trimmed his lead down, before an error by the leader enabled him to get ahead for a few corners on lap 12.

Donoso reclaimed first place, then defended Colombo’s attacks for several laps. With two laps to go it all went wrong, with Colombo tapping the rear of Donoso at Turn 8. Two spots were lost by Donoso, while Colombo clocked up slight damage and a five-second penalty.

This benefited Martins, who had previously been unable to match their pace, and he finished on Colombo’s gearbox to ensure victory. The penalty brought Donoso back up to second, with Colombo in third.

Viscaal span out of fourth, handing the position to team-mate Verschoor. He escaped the three-car battle for fifth, which had Saucy prevailing over Arden’s Ugo de Wilde and JD’s William Alatalo.