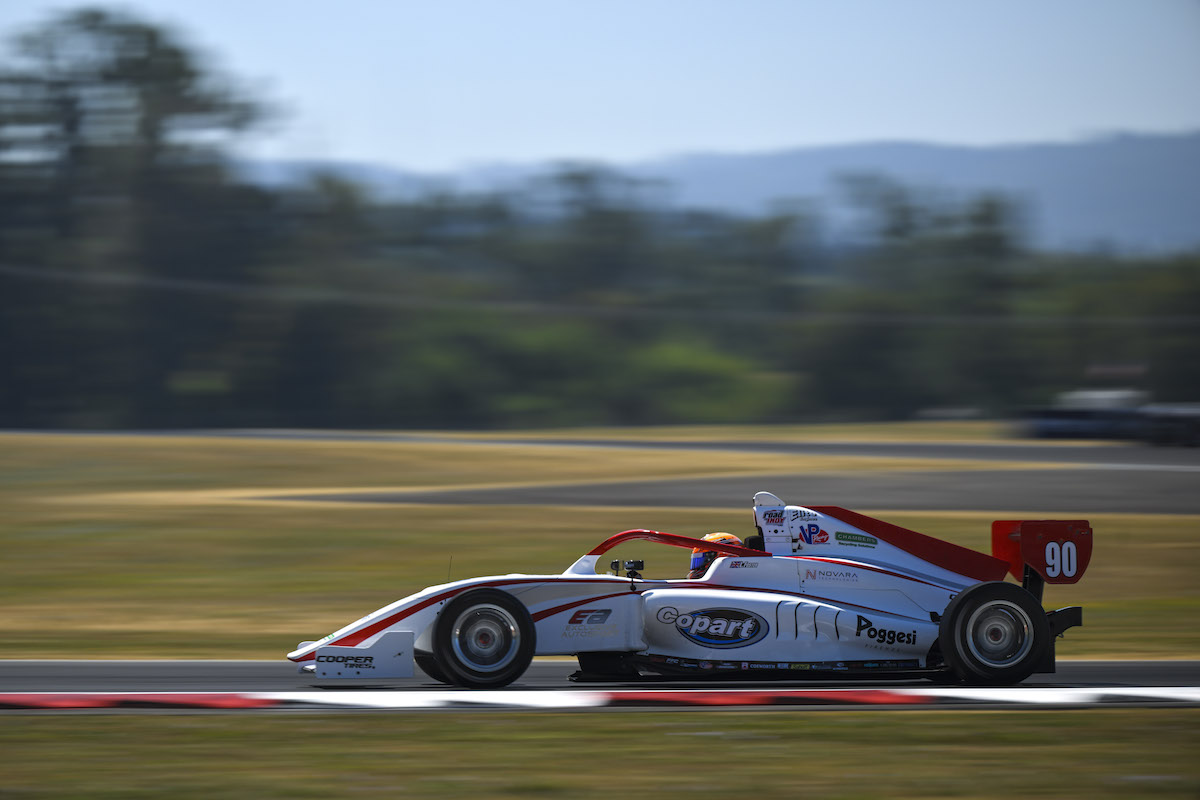 Exclusive Autosport’s Louis Foster claimed pole-position for Indy Pro 2000 race one at Portland, when he is poised to secure the championship.

Reece Gold was unable to snatch pole away from points leader Foster despite topping the first run of qualifying as well as both test sessions and practice that took place on Thursday.

Juncos Hollinger Racing kicked off the session strong with both Gold and Ahmed beating each other for the top spot. Foster joined the battle five minutes into the session, setting the second fastest time two tenths off Gold’s benchmark.

Both Gold and Foster improved yet another time with the latter staying just 0.035s off the former before heading to the pit-lane for new tyres.

DEForce Racing’s Kiko Porto and Nolan Siegel also bettered their laptimes halfway through the session, upping themselves to third and fourth place respectively.

Foster went fastest by over one tenth of a second as drivers headed out again for their second run.

The session was red-flagged with just under four minutes remaining on the clock because of Jay Howard Development Driver’s Marcos Flack stopping on the pit-straight.

The session resumed shortly after, but no one was able to beat the 1m08.2477s lap that Foster had set prior to the stoppage.

Ahmed moved up to fourth ahead of Siegel, but the American soon lowered his best lap to regain the place, and would still have time to improve again and set the third fastest time, demoting his teammate Porto to fourth position.

Drugovich “didn’t have full confidence” at Zandvoort until pole lap