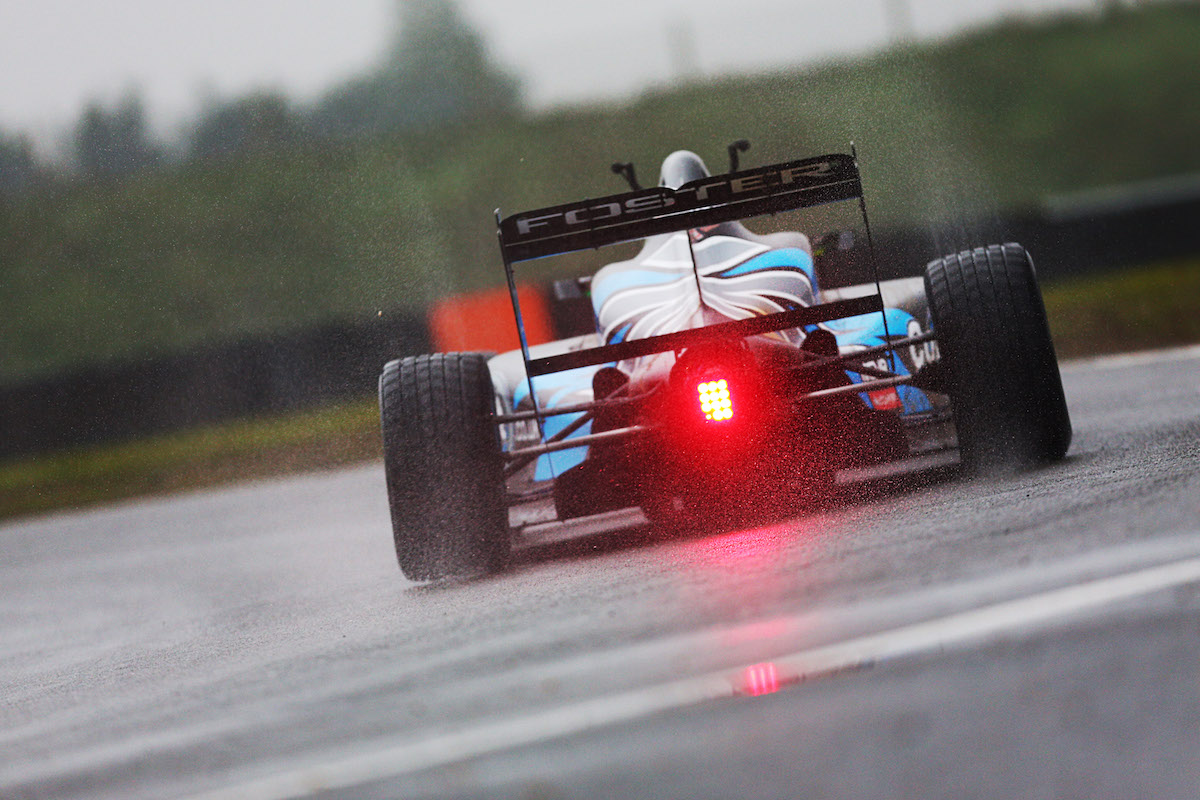 The race started delayed due to an overrunning British GT warm-up session and began behind the safety car due to the adverse weather conditions.

Two laps were completed behind the pace car during which Lanan Racing’s Piers Prior having an off and dropping a couple of positions.

Once the race got underway, Foster and Frederick – the top two on the grid after Hillspeed’s Sasakorn Chaimongkol, who initially qualified second, was penalised five places for an incident with Frederick in race two on Saturday – left the rest of the pack. Foster initially opened up a gap of around 1.4 seconds, before Frederick came back.

Unable to find a way past, Frederick dropped back once again as the 20-minute race came to its conclusion, and Foster came through 2.3s ahead at the flag.

Double R team-mate Benjamin Pedersen rounded out the podium, having started third, some 12s behind the race winner.

It was a difficult morning for race two winner Kush Maini. He started in the second half of the field, dropped back down the order early on and struggled to recover, falling behind JHR Development’s Carter Williams on the last lap. He finished 15th.

Douglas Motorsport duo Manaf Hijjawi and Ulysse de Pauw finished fourth and fifth, after battling with Carlin’s Nazim Azman early on. Azman initially got past de Pauw on the first lap of green-flag running but dropped well down the order after going off the circuit.

Chaimongkol and Hillspeed team-mate Oliver Clarke were sixth and seventh, ahead of Prior who was able to recover from his off behind the safety car.

Lanan duo Josh Mason and Bart Horsten – the latter starting last – rounded out the top 10 ahead of Azman.

It was a miserable race for Chris Dittmann Racing. Josh Skelton and Alex Fores both found themselves in the pits early on in the race – with Fores having broken his front wing. Skelton returned to the track after his issues, skidded off straight away, and returned to the pits shortly after.

The pair were the only two to fail to finish the eight-lap race.