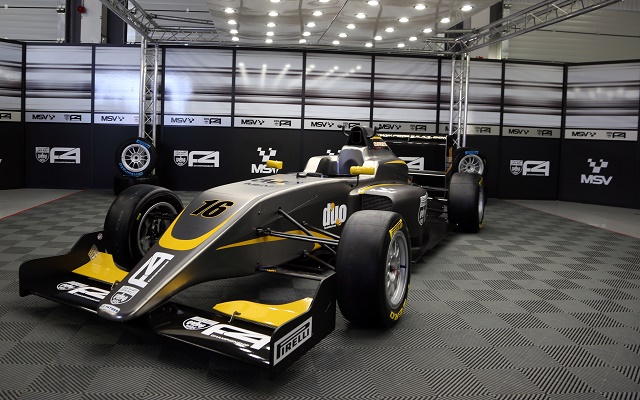 Norhamptonshire squad Fortec Motorsports have announced they will expand BRDC F4 series starting from the 2016 season.

Fortec have bought three of BRDC F4’s new-spec cars, which have been introduced to replace the previous chassis that served for the first three seasons of the series.

Heralded as one of the best single-seater outfits in Great Britain, Fortec are currently heading towards their first teams’ title in Formula Renault 3.5 and have trophies from numerous other junior championships in their collection.

However, the new-spec BRDC F4 car allows the series to market itself as a step above MSA Formula and a “logical feeder category to F3 and GP3″.

?BRDC Formula 4 fits really well with what we are doing as a team in developing professional drivers,” said Fortec boss Richard Dutton. “There is definitely a need for a single-seater series at this level.

“I am sure it is going to be a good championship, nearly as fast as the former British Formula 3 cars, and I think Jonathan Palmer has been very clever in putting this car together. It all makes sense.?