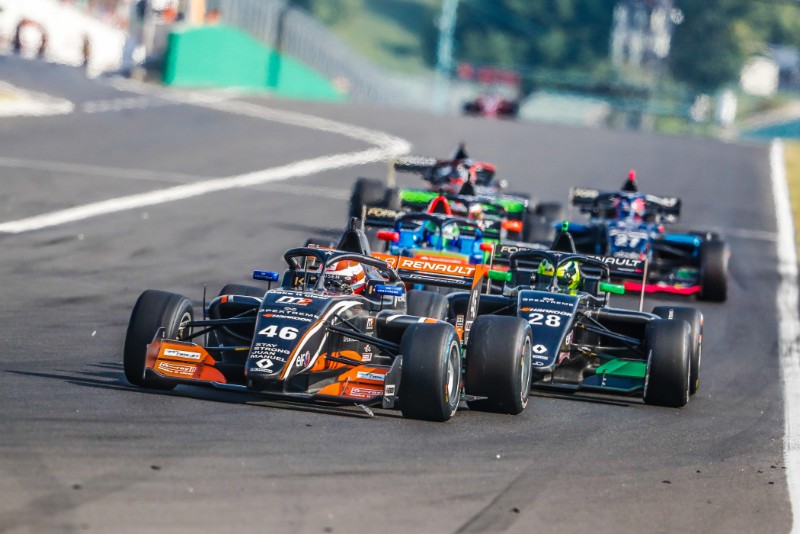 The Formula Renault Eurocup has revealed its 2020 calendar, with a round at Zandvoort for the first time since 2000.

Consisting of 10 rounds once again, the calendar mirrors much of the current one but with the trip to Hockenheim in October dropped for a return to Zandvoort in June.

The addition of the Dutch circuit comes in the same year as its return to the Formula 1 calendar.

While unconfirmed, the series also plans to visit Yas Marina in Abu Dhabi as the season finale for a second successive year.

It will follow the Blancpain GT Series for most of its European dates, including Zandvoort, with the Monaco Grand Prix support slot being the exception.

“Our motto is to go with the F1 tracks, because we’re preparing drivers in single-seaters to learn the F1 tracks. The idea is to have all the possible F1 tracks on the calendar,” Renault Sport Racing sporting manager Tarik Ait Said told Formula Scout.

“It’s an attractive championship. The calendar that we have is I think one of the best in single-seaters. I’d have to say Formula 1 of course [is better], but we’re following its choices except for the overseas races. We even have Abu Dhabi.

“What we wanted was a special event to celebrate our new car and do something a bit outrageous. It’s an F1 track, which is amazing, and we’re going to have a dusk-to-night race there like F1.”

This year the Eurocup switched from its traditional FR2.0 regulations to become a Regional Formula 3 series, and late deliveries of its Tatuus T-318 car made for a tense pre-season.

“The new car has been pretty good,” said Ait Said. “Considering the time we had to develop the car, it’s running pretty well. I think it looks awesome. Now that the F1 cars have the halo, this really looks like a mini F1 car – it looks the part.

“We are an FIA-sanctioned series but we are not their original F3. So if we want tomorrow to have 350bhp, we could. Especially since this engine is the Megane R.S.01, so we know that it’s good for more than 300, 320bhp.

“The only thing we want to do is abide by the Regional F3 rules, at least for this year, and then we will see how it will evolve over the years.

“We could [increase power], and it’s an option for next year to try to have more power. For us, it’s easy, it’s just mapping to give to the teams to change.”

Two new teams are also expected to join the 2020 grid, and could be named later this year.