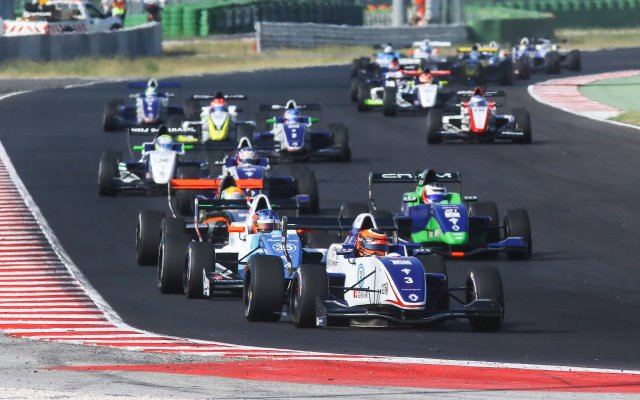 The promoter of the Formula Renault 2.0 Alps series says it will not run the championship in 2016.

Italian operation Fast Lane Promotion will wait “for more favourable conditions” to resume the series in the future, and continue to run its Renault Clio Cup series in the meantime.

The Alps series has been one of two regional FR2.0 championships running in Europe in recent years together with the NEC, complementing the main Eurocup series.

It first ran under the Alps name in 2011 but its history can be traced back to 2000 and the start of the Italian FR2.0 series, won that year by Felipe Massa. Other winners of the Italian series included Jose Maria Lopez, Pastor Maldonado and Kamui Kobayashi.

Alps was formed after a merger with the former Swiss series, with Daniil Kvyat, Antonio Fuoco, Nyck de Vries and Jack Aitken its most recent champions.

The cancellation of the series follows the news that Koiranen, which ran de Vries and Aitken to their titles, would be withdrawing from FR2.0 competition this winter to focus on its GP3 and Formula 4 programmes.

For much of last season, Koiranen had supplied five of the 14 regular entries in Alps, and its departure threatened to leave the series without any of the main Eurocup teams competing on a full-time basis.

Among the events on the Alps calendar included a slot on the Pau Grand Prix support bill, which it was hoped in 2016 would act as preparation for the new Monaco Eurocup date scheduled for two weeks later.

Josef Kaufmann Racing, Fortec Motorsports and Tech 1 Racing have all committed to fielding drivers in the NEC.