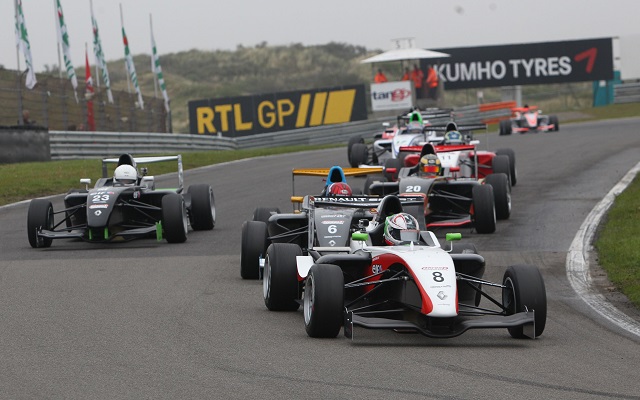 Formula Renault 1.6 NEC announced the calendar for their sophomore year, consisting of seven rounds in Belgium, the Netherlands and Germany.

The series will kick off at Zandvoort on 21st of April, before appearing on the World Series by Renault support bill at Spa and Nurburgring in June and July respectively.

The championship will then visit Assen and Zolder in August, joining 2.0 NEC at the former, with a Spa round and the finale – a re-visit of Zandvoort – taking place in October.

FR1.6 NEC’s 2014 season will see a number of changes in sporting regulations, including extended time for practice sessions and an added second qualifying session to decide the grid for race two, which was previously determined by second-best times from qualifying one.

* The Nurburging round is listed as pending confirmation